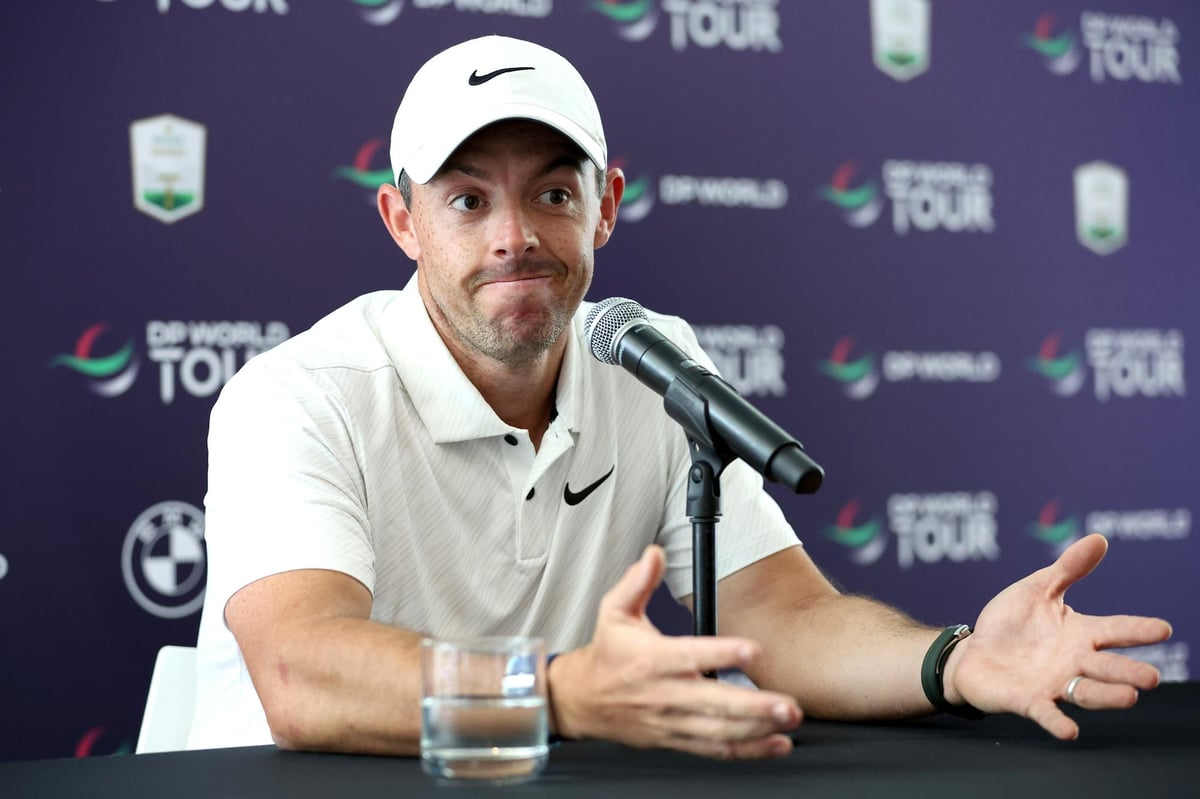 World number one Rory McIlroy said Greg Norman will have to go if there is any chance of the PGA Tour and LIV Golf coming to the table and ending their acrimonious battle.

The four-time major champion said “I think there’s a few things that need to happen” when asked in Dubai on Wednesday (AEDT) if it was possible for the two warring parties to find peace.

“There’s obviously two lawsuits going on at the minute. There’s the PGA Tour versus LIV Golf and there’s one coming up with the DP World Tour in February. Nothing will happen if those two things are still going on.

“From whatever happens with those two cases, I’d like to see a few things on the LIV side to happen.

“I think Greg needs to go. I think he just needs to exit stage left. He’s made his mark, but I think now is the right time to sort of say, look, you’ve got this thing off the ground, but no one is going to talk unless there’s an adult in the room that can actually try to mend fences.

“And if those two things happen, then things can change.

The Northern Irishman has been outspoken in his criticism of LIV Golf and has taken several jabs at Norman in the past.

And McIlroy’s comments came just days after Norman stated every player on the PGA Tour “should be thanking” LIV for forcing the former to introduce sweeping changes.

“Competition is the best thing for everybody,” Norman said.

“Competition is the best thing for the PGA Tour. The players on the PGA Tour are the beneficiaries of what LIV has done.

“Every PGA Tour player should be thanking LIV, including Tiger Woods and Rory McIlroy. Prize money wouldn’t have increased without LIV. All these other ancillary things have been introduced by the PGA Tour because of LIV.

McIlroy was speaking ahead of the $10 million DP World Tour Championship, the season-ending championship of the European Tour where he is aiming to win the Race to Dubai title and complete a double across both sides of the Atlantic.

He has already claimed the $18 million cheque for his FedEx Cup triumph. McIlroy loves the Earth course at Jumeirah Golf Estates where he has a fantastic record.

“I think for me, a golf course like this plays right into my strengths. There are four par-5s. So, par-72s are usually golf courses that I excel on because of the four par-5s and I’m able to play the par-5s quite well because of my length.”