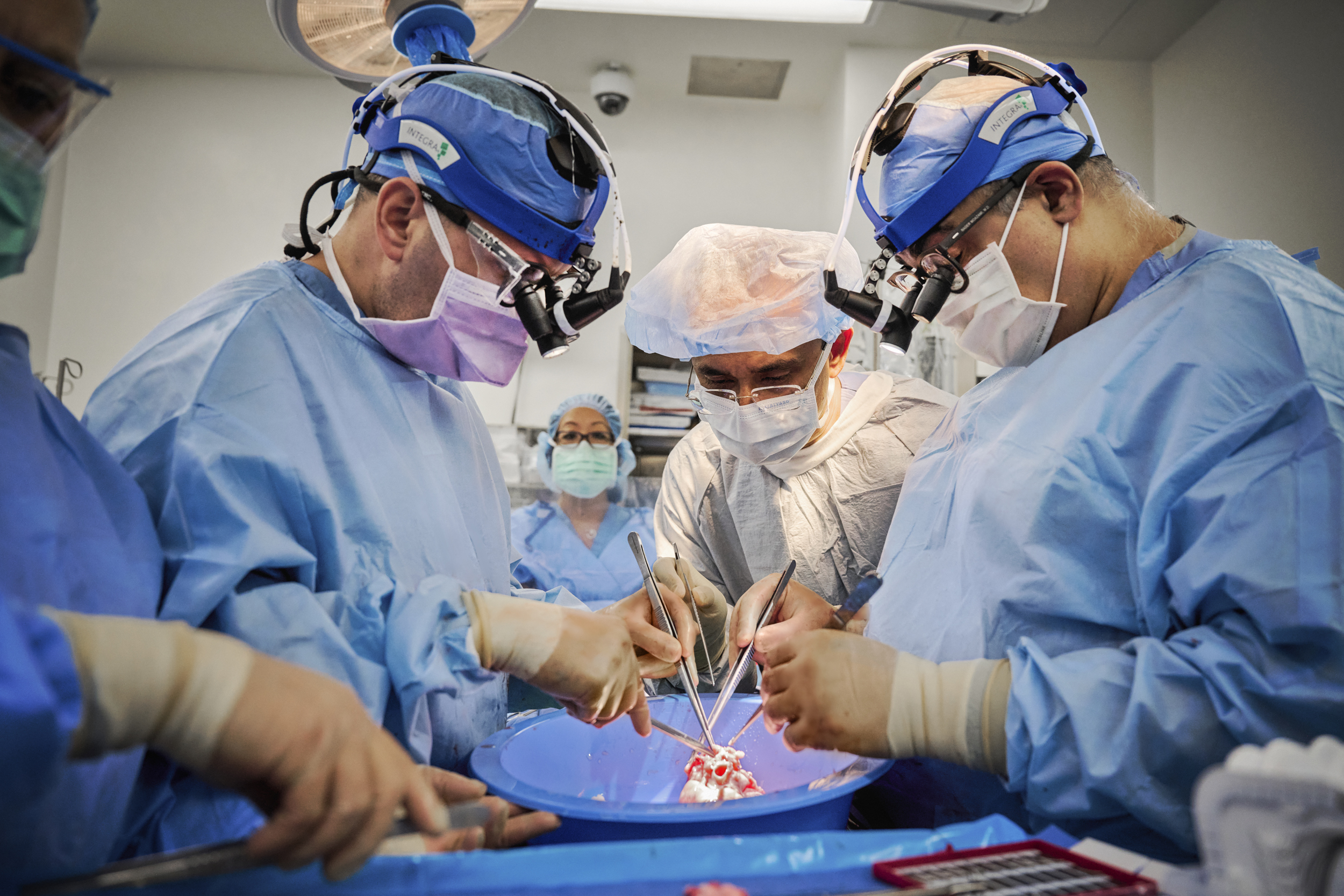 We all remember the big news earlier this year when a 57-year-old patient suffering from heart disease was given a new lease on life, courtesy of a genetically modified pig heart. It was a groundbreaking surgery that extended the man’s life and marked the first time that a pig heart had ever been xenotransplanted. Though the man died after two months (likely because of a porcine virus), it turns out the heart wound up beating more like a human heart than doctors expected, new research finds.

Preliminary research that will be presented at the American Heart Association’s Scientific Sessions showed that compared to pig-to-pig heart transplantations, the xenotransplanted pig heart beat slower than expected. In fact, the electrical signals of the man’s new heartbeat more closely resembled those from a human heart, and even outpaced those signals in a few metrics.

“It’s truly a novel finding” that electrocardiogram (EKG) measurements recording the heart’s electrical signal were so different from a typical pig heart’s readings,” Timm Dickfeld, an electrophysiologist at the University of Maryland School of Medicine who led the research, said in a press release. These measurements, he added, “were extended to what we see in a human heart and often the measures even extended beyond what we consider normal in a human heart.”

After the man’s surgery, doctors took daily EKG readings of the genetically modified pig heart, finding that two key components of the signal remained longer than usual after the transplant. In humans, Dickfeld said, prolonged times for these measurements may indicate electrical or heart disease. Future research will want to look into how EKG measurements can inform doctors of a patient’s risk for organ rejection or other negative outcomes.

Though the idea for a pig-to-human heart transplant has circulated in the popular imagination for decades, only three such procedures have taken place. Following David Bennett Sr.’s surgery in January, researchers at NYU Langone Health transplanted pig hearts into two brain-dead people and studied the organs for 72 hours. All three pig hearts were genetically modified to suppress their growth once inside a human’s smaller chest cavity and to lower the odds of the organs being rejected. With hundreds of thousands of Americans awaiting organ transplants amid a donor shortage, doctors are hoping xenotransplants could one day make up the difference and save lives.