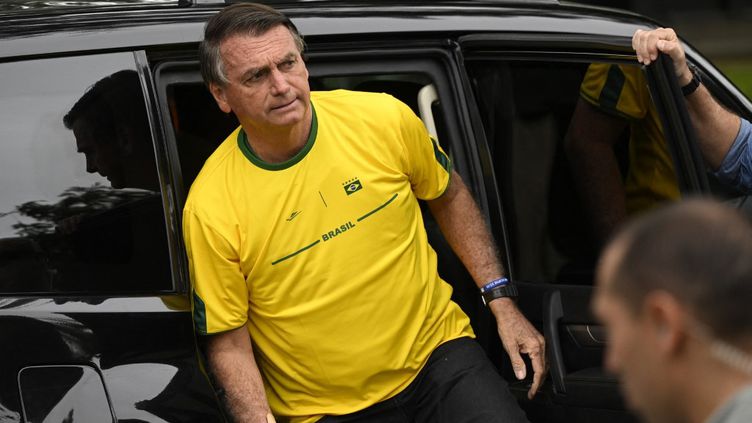 More than a day after Luiz Inacio Lula da Silva was pronounced the winner of Brazil’s 2022 presidential election, incumbent Jair Bolsonaro has yet to publicly acknowledge his loss.

The President’s delay in conceding Sunday’s race has contributed to fears that he will not cooperate with a transfer of power, amid scattered protests by his supporters. Ahead of the vote, Bolsonaro and some of his allies had made unfounded claims about electoral fraud and unfair treatment by the press.

“Anywhere else in the world, the president who lost would have called me by now and conceded,” Lula da Silva told supporters on Sunday night, explaining that he was “part happy, part worried” about the transfer of power.

But public concession or not, experts say it’s already out of the outgoing President’s hands.

It is Brazil’s Supreme Electoral Court that officially validates election results and communicates them to the Senate, Chamber of Deputies and State Assemblies.

A press officer for the Electoral Court told CNN that the vote’s results are already considered validated, since the court’s declaration of the outcome on Sunday. A court session at a later point will formally confirm the win, but no date has been set for it yet, he said.

Electoral Court President Alexandre de Moraes on Sunday personally called both Lula da Silva and Bolsonaro to inform them of the results and congratulate them on their participation in the democratic process, according to a press release by the Court.

De Moraes also said he did not see much room for the election to be contested. “The result has been proclaimed, accepted and those who were elected will take office on January 1,” he said in the release.

Foreign leaders from across the globe also swiftly expressed their support for Lula da Silva’s win.

“I send my congratulations to Luiz Inácio Lula da Silva on his election to be the next president of Brazil following free, fair, and credible elections,” US President Joe Biden said after Sunday’s vote.

The President-elect’s diplomatic work is already underway, with Lula da Silva meeting Argentine President Alberto Fernandez – one of the first foreign leaders to congratulate him – in Sao Paulo on Monday.

At least twice before, Brazilian leaders have refused to participate in the transfer of power.

At the start of the Brazilian republic in the late 19th century, army marshall Floriano Peixoto did not attend the inauguration of his successor, Prudente de Moraes.

And almost a century later, the last of the unelected military presidents, João Batista Figueiredo, snubbed the inauguration of his successor José Sarney.

In both cases, the boycott was largely symbolic. The same would be true if Bolsonaro were to refuse to concede the presidency in a public statement, according to legal expert Augusto de Arruda Botelho.

“Not acknowledging the result is a non-starter from the political point of view, because at the end of the day, it is the Electoral Court that hands over power to the winner of the election,” he told CNN.

“[Bolsonaro] can kick and scream as much as he wants,” he added.

Plus it is in Bolsonaro’s political interest to appear the good sport, political scientist Camila Rocha told CNN.

Rocha’s reseach shows that refusing to concede would be damaging for Bolsonaro’s public image among his own supporters. “Even the most extreme pro-Bolsonaro supporters, like those I interviewed last year in Santa Catarina for my research, say that if Bolsonaro lost he would have to accept the result,” she told CNN.

“So it is very clear that if Bolsonaro refuses to accept Lula’s victory, it could have a negative impact even among his supporters. He would certainly be perceived as a bad loser.”

‘Let’s not give up on our Brazil’

Nevertheless, since Sunday evening, pro-Bolsonaro truck drivers and other supporters have been blocking roads and highways, causing major delays and disruption in at least 19 states across the country, according to affiliate CNN Brasil.

The roadblocks so far have occurred in states including São Paulo, Rio de Janeiro, Bahia, Minas Gerais and Amazonas.

A CNN crew said access to São Paulo International Airport had been disrupted with close to 100 protesters blocking a highway leading up to the airport. Some people had left their taxis and had started walking along the side of the highway to reach the terminal, the crew said. Very few cars had pulled up outside terminal 3 at the airport, suggesting that most cars had been caught in the blockade.

São Paulo International Airport informed passengers to check the status of their fights in a tweet noting that access to airport terminals may be difficult due to the protest. A number of flights have been delayed, according to an airline agent who spoke to CNN. Airline pilots and crew have not been able to make it to the airport because the blockade is causing significant delays at the airport, the agent told CNN.

Some police officers on the road leading to the airport told CNN that they were afraid of upsetting the protesters and were trying to avoid confrontation.

Several protesters have made clear they do not believe the election result.

“We have a President that won at the ballot box and they defrauded the ballot boxes and put the other candidate ahead and we’re against that,” said Luis Valejo, a Bolsonaro supporter.

Another, Jurandir Santos, said that even if Bolsonaro accepts the results, “the people will not accept it.”

In the first public comments by any member of Bolsonaro’s inner circle since his election defeat, Bolsonaro’s son, Sen. Flavio Bolsonaro, took to Twitter on Monday afternoon to thank his father’s supporters, and urged them not to “give up.”

“Thank you to everyone who helped us rescue patriotism, who prayed, prayed, took to the streets, gave their sweat for the country that is working and gave Bolsonaro the biggest vote of his life! Let’s raise our heads and let’s not give up on our Brazil!” he wrote.

The federal supreme court later ordered the clearance of all public roads and highways.

The order came after Brazil’s National Transport Confederation (CNT) said the roadblocks caused “inconvenience and damage to the whole society,” and said the protests should be categorized as “anti-democratic” and potential violations of the democratic rule of law.

Musk’s Twitter: ‘This is exactly what many of us were worried about’
Erdoğan’s visit to expand strategic partnership with Kazakhstan