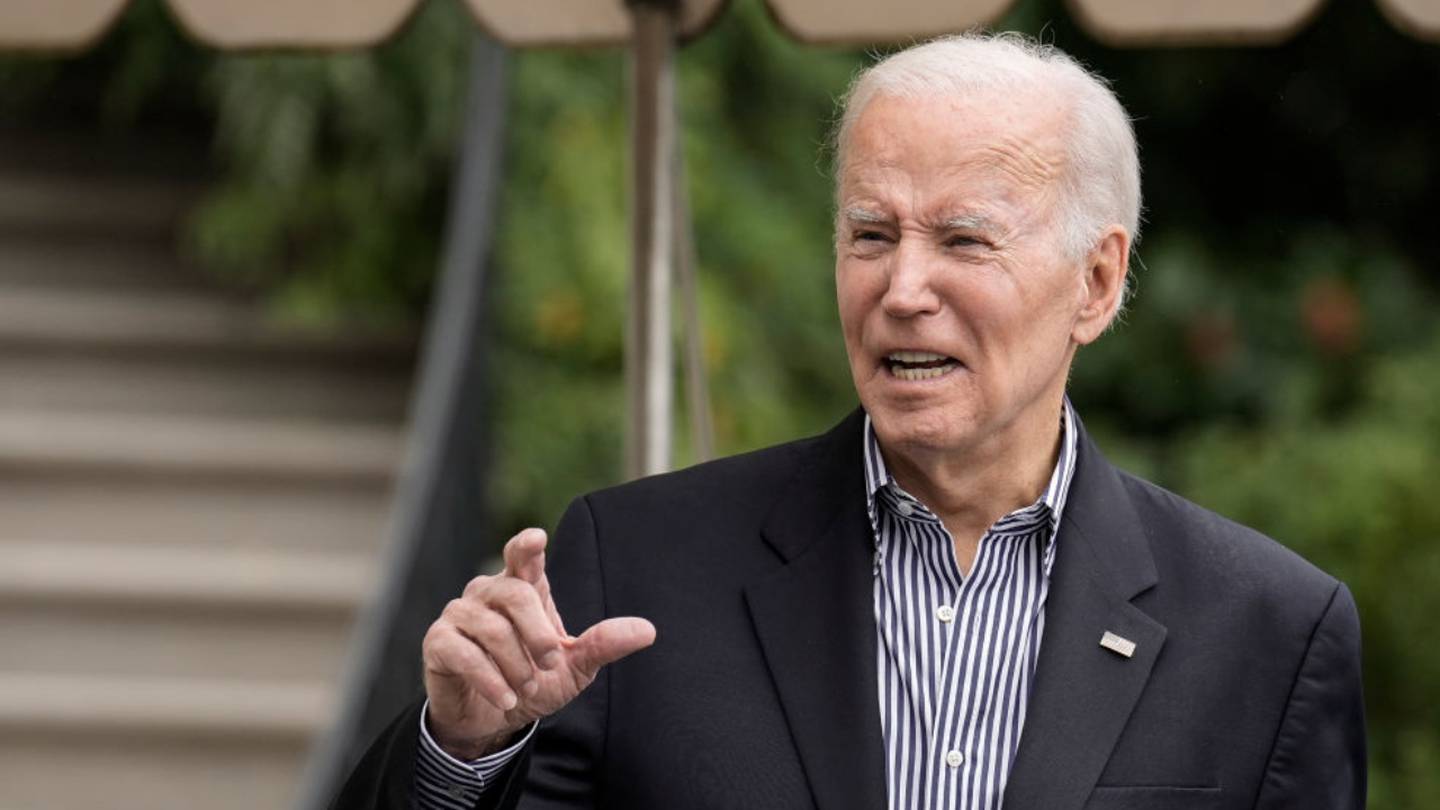 The risk of a nuclear “Armageddon” is at its highest level since the 1962 Cuban Missile Crisis, US President Joe Biden has said.

Mr Biden said Russia’s President Vladimir Putin was “not joking” when he spoke of using tactical nuclear weapons after suffering setbacks in Ukraine.

The US was “trying to figure out” Mr Putin’s way out of the war, he added.

The US and the EU have previously said Mr Putin’s nuclear sabre-rattling should be taken seriously.

However, the US National Security Adviser Jake Sullivan last week said that, despite Moscow’s nuclear hints, the US had seen no signs that Russia was imminently preparing to use a nuclear weapon.

Ukraine has been retaking territory occupied by Russia, including in the four regions Russia illegally annexed recently.

For several months US officials have been warning that Russia could resort to the use of weapons of mass destruction, if it suffers setbacks on the battlefield.

President Biden said the Russian leader had not been “joking” when he talked about using tactical nuclear, biological or chemical weapons – “because his military is, you might say, significantly underperforming”.

“For the first time since the Cuban Missile Crisis, we have a direct threat to the use of nuclear weapons, if in fact things continue down the path they’d been going,” Mr Biden told fellow Democrats.

“We have not faced the prospect of Armageddon since Kennedy and the Cuban Missile Crisis.”

What was the Cuban Missile Crisis?

During a speech last Friday, President Putin said the US had created a “precedent” by using nuclear weapons against Japan at the end of World War Two – a comment that would not have gone unnoticed by Western governments, our Russia editor Steve Rosenberg points out.

Mr Putin has also threatened to use every means at his disposal to protect Russian territory.

Even as Mr Putin signed the final papers formally annexing four regions of Ukraine – Luhansk, Donetsk, Zaporizhzhia and Kherson – Kyiv’s forces were advancing inside those areas he had claimed.

Hundreds of thousands of men have been fleeing Russia rather than wait to be drafted to fight in Ukraine.

Paul Stronski, of the Carnegie Endowment for International Peace, told the BBC that Russia’s “destabilising rhetoric” is aimed at deterring the West.

There has also been some pushback against Moscow’s nuclear threats in Russia itself. An editorial in the country’s mainstream Nezavisimaya Gazeta newspaper was heavily critical of “senior Russian officials” for “talking about the nuclear button”.

“To allow, in thoughts and words, the possibility of a nuclear conflict is a sure step to allowing it in reality.”

Russia’s foreign ministry spokeswoman told reporters on Thursday that Moscow had not changed its position that nuclear war “must never be waged”.