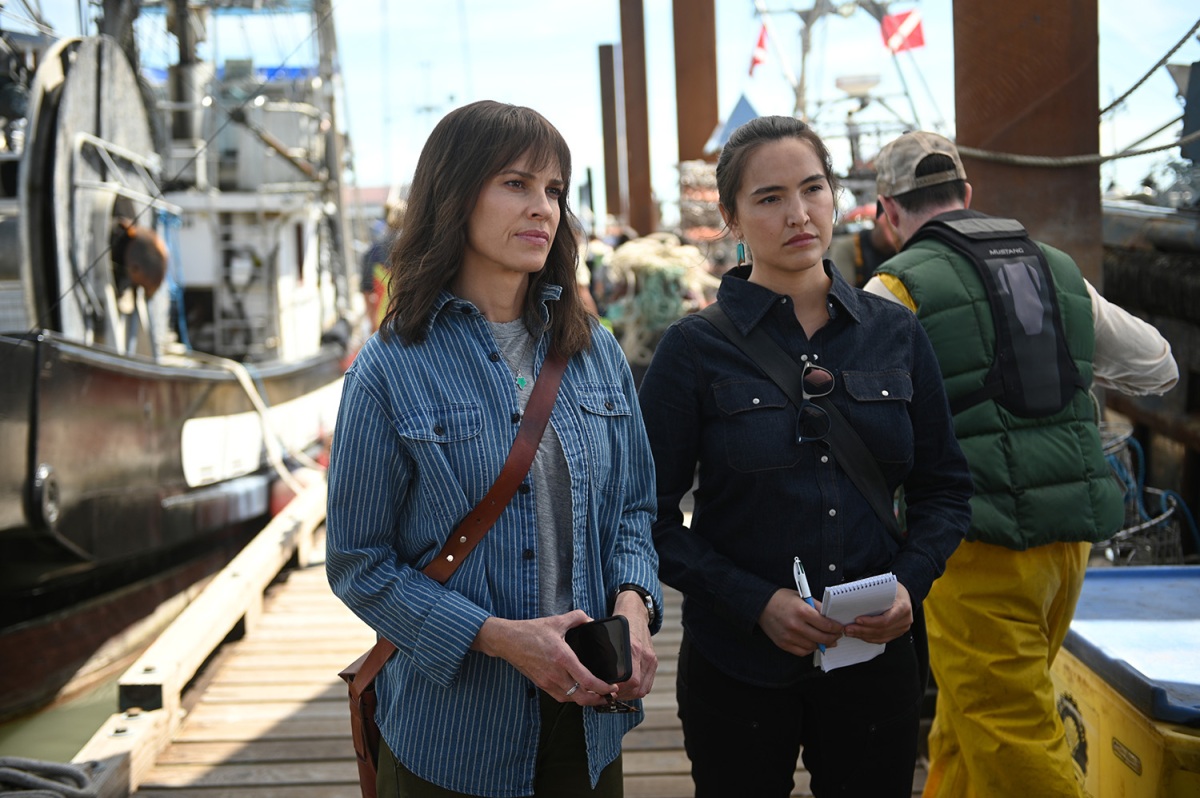 Created by Spotlight director/writer Tom McCarthy, Swank takes on the character of Eileen Fitzgerald, an investigative reporter in New York. When a story she broke blows up in her face, with questions about the validity of her source and the information he provided, she gets “cancelled.”

That’s when an old colleague Stanley Cornik (Jeff Perry) shows up and offers Eileen a job at a local Alaska outlet in Anchorage. Eileen is particularly against the offer initially, saying she paid her dues and doesn’t have to work in the “minor leagues” anymore. But when Stanley tells her about a story he wants her to investigate about an Indigenous women who went missing two years earlier, hunters found her body three months later but the police ruled out any foul play, Eileen changes her mind.

Working in a small newsroom in Alaska, Eileen isn’t the most likeable protagonist of a story. She initially isn’t interested in understanding the new area she’ll be reporting on, the people and the communities. Eileen is eventually paired up with reporter Rosalind “Roz” Friendly, played by Canadian actor Grace Dove, to investigate this death.

“For me this story’s deeply personal. It’s about my community, my life,” Roz says, also revealing that her cousin is among the missing and murdered Indigenous women in Alaska.

While the first two episodes of the series are largely setting up a sort of fall from grace and redemption story, how much of a continued focus there will be on the importance of local journalism and the failures in investigations into missing and murdered Indigenous women and girls, we’re interested to see.

While Swank is certainly a phenomenal actor, her character’s independent story is less captivating than navigating this local death case that’s reflective of the systemic issues that faced these real-life investigations.

Additionally, each episode seems to have a secondary plot with another journalist taking on a local story, which hooks onto the concept of the importance of journalism in smaller communities.

The mix of this overarching death investigation, plus the smaller one-episode journalism stories, like a typical procedural, in addition to Eileen trying to rebuild herself personally, may get a bit too chaotic in each 40-minute episode, but we’ll have to see how that balance is achieved beyond the first two episodes.