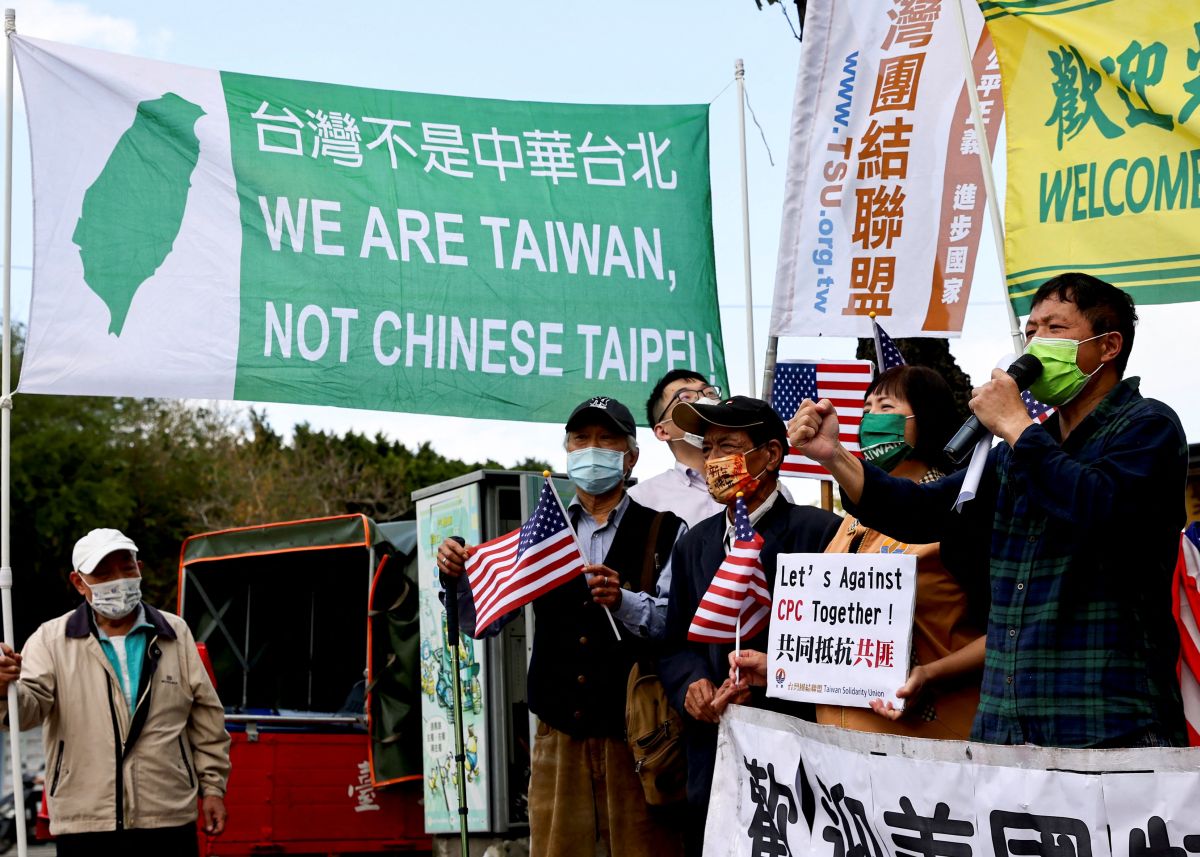 Supporters of Beijing have been applying political and social pressure in Canada to underline China’s Taiwan policy, a public-relations effort aimed at countering plans by U.S. and Canadian lawmakers to visit the island.

Just over a week after U.S. House of Representatives Speaker Nancy Pelosi had a headline-grabbing meeting with Taiwanese President Tsai Ing-wen, China’s acting consul-general in Vancouver held meetings with Chinese international students at two British Columbia universities. Wang Chengjun spoke to the students about supporting the Chinese government’s positionthat Taiwan is a breakaway province, according to a news release from the consulate.

The meetings occurred with students from the University of British Columbia’s Okanagan campus in Kelowna, B.C., and Thompson Rivers University’s campus in Kamloops, the news release said. Administrators at both universities were unaware of the meetings and were unable to confirm where they took place.

The letter claims Chinese citizens living in Canada have a “firm opposition” to Ms. Pelosi’s visit and “will not hesitate to stand up to safeguard China’s national interests and the national sovereignty” – language which is nearly identical to the Vancouver consul-general’s news release.

A separate government was formed in Taiwan after China’s civil war in 1949, but the island is viewed as a breakaway province by Beijing. Canada’s official diplomatic position is a “one-China policy” that stops short of endorsing Beijing’s claim on Taiwan.

Last week, Beijing warned Ottawa against allowing a delegation of Canadian MPs to continue with a planned visit to Taiwan later this year.

“We urge the Canadian side to abide by the one-China principle and respect China’s sovereignty and territorial integrity,” the Chinese government said in a statement.

“China will take resolute and forceful measures against any country that attempts to interfere with or infringe upon China’s sovereignty and territorial integrity.”

The Chinese consulate did not respond to The Globe and Mail’s requests for comment, nor did any of the groups The Globe reached out to that signed the letter. Among the signatories is the Chinese Benevolent Association, which has previously supported Beijing’s position on the 2019 Hong Kong protests.

When asked last week about whether his government supports the planned visit by MPs and senators, Prime Minister Justin Trudeau said there are “significant reflections going on right now” about the potential diplomatic impact of the trip.

”Canada has a long-standing position around China and Taiwan that we will ensure to respect. China’s belligerence around this and their position is, of course, as it has been for a while, troubling,” Mr. Trudeau said, before adding that his government would “ensure that the parliamentarians making the decision to travel or not will be done with all the reflections of the consequences and the impacts of it.”

Global Affairs Canada declined to answer any of The Globe’s questions about whether Ottawa was aware of any strategy to influence Chinese nationals and international students living in Canada. Instead, the department provided a statement that affirmed the federal government’s commitment to “peace in the Taiwan Strait.”

Angel Liu, director general of the Taipei Economic and Cultural Office in Vancouver, said the pro-Beijing messaging is indicative of the Chinese government’s “United Front” strategy, which the U.S.-China Economic and Security Review Commission has said “serves to promote Beijing’s preferred global narrative, pressure individuals living in free and open societies to self-censor and avoid discussing issues unfavourable to the CCP [Chinese Communist Party], and harass or undermine groups critical of Beijing’s policies.”

Ms. Liu added that the Taiwanese community would “never be coerced by Chinese intimidation, including military, economic and cognitive warfare.”

Gordon Houlden, director emeritus of University of Alberta’s China Institute, said the idea of Chinese nationals siding with the Chinese government is “not unusual.”

“There is a pretty strong nationalism amongst many Chinese youth,” Prof. Houlden said in referring to the Vancouver consul’s meeting with international students. But he noted many Chinese-Canadians do not share the views of the Chinese government.

“There are people who are very Chinese in their culture, their language and their interest, but are focused on human rights and Western democratic values.”

Prof. Houlden said it is not illegal for foreign government officials to meet with their nationals living abroad, but said: “It’s not inherently wrong, but it could morph into something more complicated.”

Victor Ho, former editor-in-chief of the Canada-based Chinese-language newspaper Sing Tao Daily, said he wasn’t surprised to see the ads in Chinese-language media, noting that it’s not the first time some Chinese-Canadian groups have expressed their support for the Chinese government.

Mr. Ho pointed out that, when the Hong Kong protests broke out in 2019, some groups sided with Beijing and placed advertisements in Sing Tao Daily and Ming Pao Canada to criticize protesters in the former British colony.

“It’s a foreign government’s propaganda in the name of local societies,” he said.

Mr. Ho worries that such excessive pro-Beijing propaganda in Chinese-Canadian media could lead to a “crisis later for our Chinese community,” as it could make other Canadians see the Chinese community with suspicion.

“This is purely political propaganda. We should stop it as soon as possible. Otherwise, Chinese-Canadians will suffer a lot.”

Why are Chinese police operating in Canada, while our own government and security services apparently look the other way?