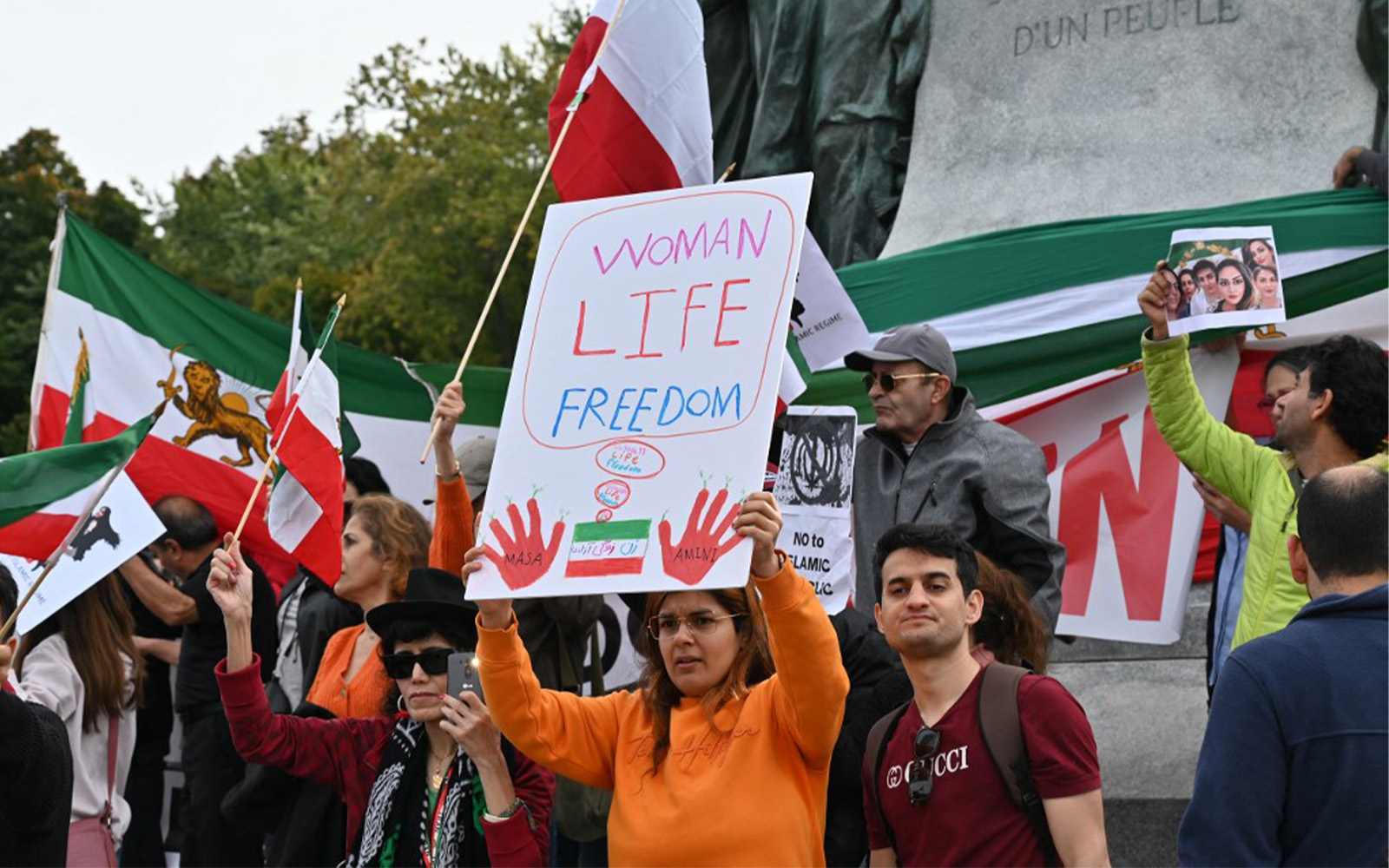 Relatives of those killed when Iran’s military shot down Flight PS752 in January 2020 say Canada has become a safe haven for regime officials.

“Canada has become a safe haven for the criminals of the Islamic Republic of Iran,” Hamed Esmaeilion testified Thursday afternoon to the House justice committee.

Esmaeilion leads a group representing grieving families, many of whom are aware of numerous people who have worked for the regime, or are related to senior officials, moving freely in Canada.

“This is a big concern for Iranian people,” he said.

Amid a brutal crackdown on women’s and human rights protesters across Iran, the federal Liberals are facing mounting pressure to deem a section of Iran’s army as a terrorist group.

That has coincided with the 1,000-day anniversary of the downing of Flight PS752 near Tehran, which killed 176 people, most of whom were headed through Ukraine to Canada.

No one has been held accountable.

Esmaeilion chalked that up to a naive bureaucracy that sees Iran as a normal country.

“It’s mainly the legal teams or the advisers; they still believe in negotiation with Iran because they don’t see Iran, or the Iranian regime, as a Mafia group,” he said.

“If you change your mindset, that you’re not negotiating with Switzerland or a democratic country, then it would solve the problem.”

He said he’s told officials that Canadians would never play a hockey game with North Korea, and yet Canada’s national men’s soccer team was scheduled to play with Iran back in June, before Canada Soccer cancelled amid political pushback.

Esmaeilion said he’s certain people affiliated with Tehran have been responsible for slashing his tires and making phone calls he found threatening.

The RCMP has previously said it is “aware of reports relating to victims experiencing threats, harassment and intimidation.”

And while the Liberals have said they updated their sanctions list Monday based on impact from Esmaeilion’s group, he said there were many more officials that relatives suggested months ago.

“I’m shocked that I don’t see (Supreme Leader) Ali Khamenei on the list,” he said, adding that President Ebrahim Raisi and former foreign minister Mohammad Javad Zarif should be listed.

He also called out Iran’s delegate for the Montreal-based International Civil Aviation Organization, saying Farhad Parvaresh should be kicked out of Canada.

This week, a crowd of Iranian Canadians took to Parliament Hill, demanding Ottawa deem the Islamic Revolutionary Guard Corps as a terrorist group.

Experts have said that such a change would be hard to enforce, given that Iran has conscripted millions into the force’s non-combat roles. A terror listing compels Ottawa to freeze assets held inside Canada and deny entry into the country.

Esmaeilion said that is a serious concern, and there may be as many as 15,000 people already living in Canada in that situation. But he said their military documents clearly state whether they had a senior rank and if they had joined the IRGC by choice.

“We can exempt those people. We have talked to several lawyers, and this is a simple solution for putting the IRGC on the list.”

He also reiterated calls to hold responsible those in charge of the downing of the flight that killed his wife and daughter. Esmaeilion’s group wants Canada to refer the case to the ICAO and the International Criminal Court.

In a Wednesday interview, Transport Minister Omar Alghabra said Canada wants to see justice for the victims of Flight PS752, but must exhaust all avenues with Iran before any international tribunal will take on the case.

“These international bodies are flawed, they’re imperfect, but they are our best way to hold Iran accountable.”

Alghabra said Canada has been helping lead reforms that aim to prevent another catastrophe, such as the Safer Skies initiative. The idea is to have a global body assess when conflict makes it unsafe for civilian flights, and advise companies and states to not take off.

The flight Iran shot down took off hours into a military operation in response to the U.S. assassination of senior Iranian military official Qasem Soleimani.

“PS752 should not have been flying when there was a conflict nearby,” Alghabra said.