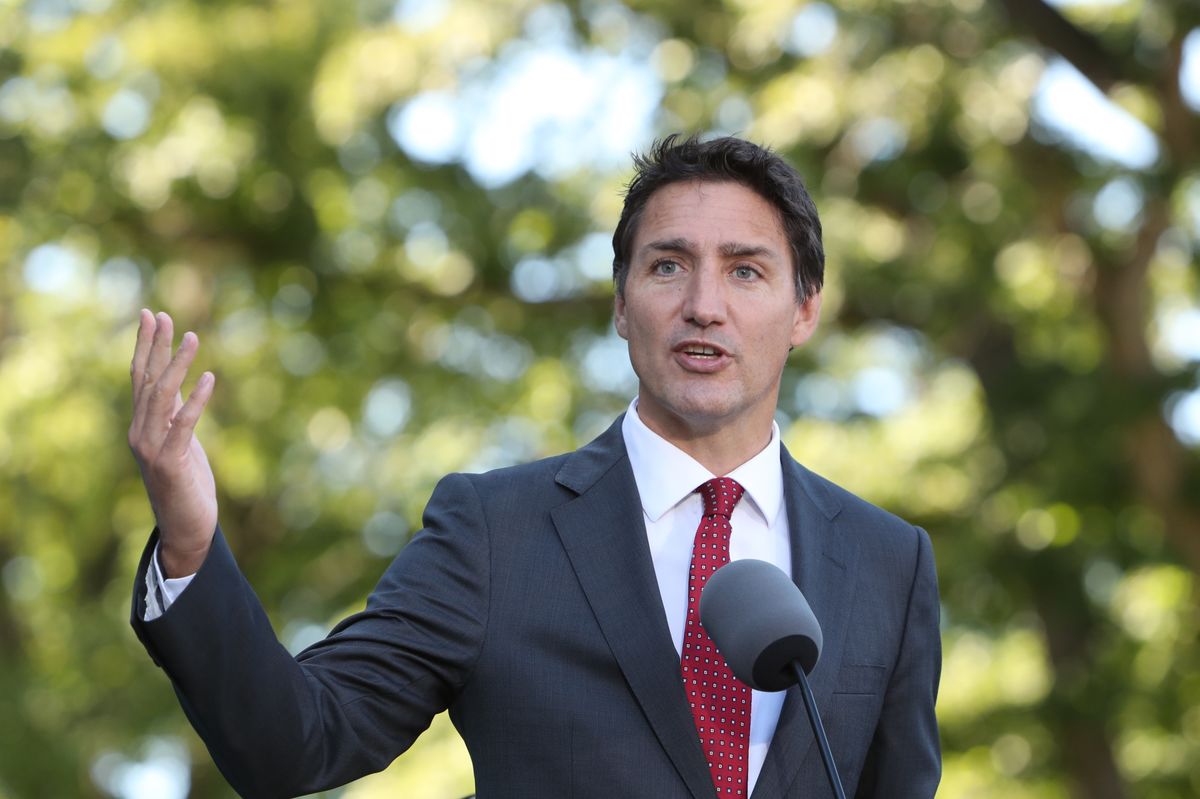 Canada has finally announced sanctions against Iran’s Revolutionary Guard (IRGC), permanently banning over 10,000 of its officers from entering Canada.

Prime Minister Justin Trudeau said Canada has designated Iran’s IRGC leadership, adding that “we will restrict financial transactions with the Islamic Republic of Iran associated with the IRGC and the proxies that support them. These actions are some of the strongest measures anywhere against Iran.”

Trudeau also told Iranian women, from schoolgirls to grandmothers, “We stand with you, and we will continue to do so.” He added, “To the strong, resilient, and proud Iranian Canadian community, we hear your voices. We heard your calls for action.”

“We’re using the most powerful tools at our disposal to crack down on Iran’s brutal regime. We’ll be pursuing a listing of IRGC leadership under our Immigration and Refugee Protection Act, making over 10,000 senior IRGC members inadmissible to Canada,” he said.

He also touched upon the issue of money-laundering and the IRGC’s vast sway across the Middle East, saying, “We intend to massively expand targeted sanctions under Special Economic Measures Act to hold to account those people most responsible for Iran’s egregious behavior. We are expanding Canada’s capacity to fight money laundering and illicit financial activity, as well as to crack down on foreign interference to protect Iranian Canadians and other communities in Canada.”

Deputy premier and finance minister Chrystia Freeland said, “The IRGC leadership are terrorists, the IRGC is a terrorist organization. And today by listing the Iranian regime and the IRGC leadership under Canada’s Immigration and Refugee Protection Act, we’re recognizing these facts.”

However, the Canadian government did not officially designate the IRGC as a terrorist organization as many were expecting. Asked about why the government has refrained from such a step, Trudeau avoided a direct answer, saying that his government has found the best legal provisions to put strong sanctions, similar to measures implemented during the Bosnian and Rwandan conflicts.

On October 3, Canada imposed new sanctions on Iran under the Special Economic Measures Act, in response to gross human rights violations, including its systematic persecution of women and in particular, the egregious actions committed by Iran’s so-called ‘Morality Police’ and its leadership. Canada also implemented sanctions against Iran’s security and intelligence apparatus for its destabilizing activities across the region and the regime’s propaganda and misinformation apparatus.

The US State Department also said on Friday that it would continue to coordinate with its allies and partners on how to respond to Iran’s “bloody crackdown” on protesters and its “state-sponsored violence” against women.

Earlier on Friday, 30 Conservative members of UK Houses of Commons and Lords stressed that the prospect of change in Iran has never been this strong, urging the UK government to recognize the right of the Iranian people to defend themselves by any means necessary and to overthrow the regime.

The resolution instructed all member states “to use the mechanisms envisaged in the EU Guidelines on Human Rights Defenders to support and protect these individuals [activists, protesters], in particular women’s rights defenders and EU-Iranian dual nationals.”

US Envoy for Iran Rob Malley told NPR that “What US wants is a government in Iran that respects people’s fundamental rights. It’s not a policy of regime change. It’s a policy of backing people who’re protesting peacefully, because they want to be able not to wear a headscarf yet face oppressive system.”