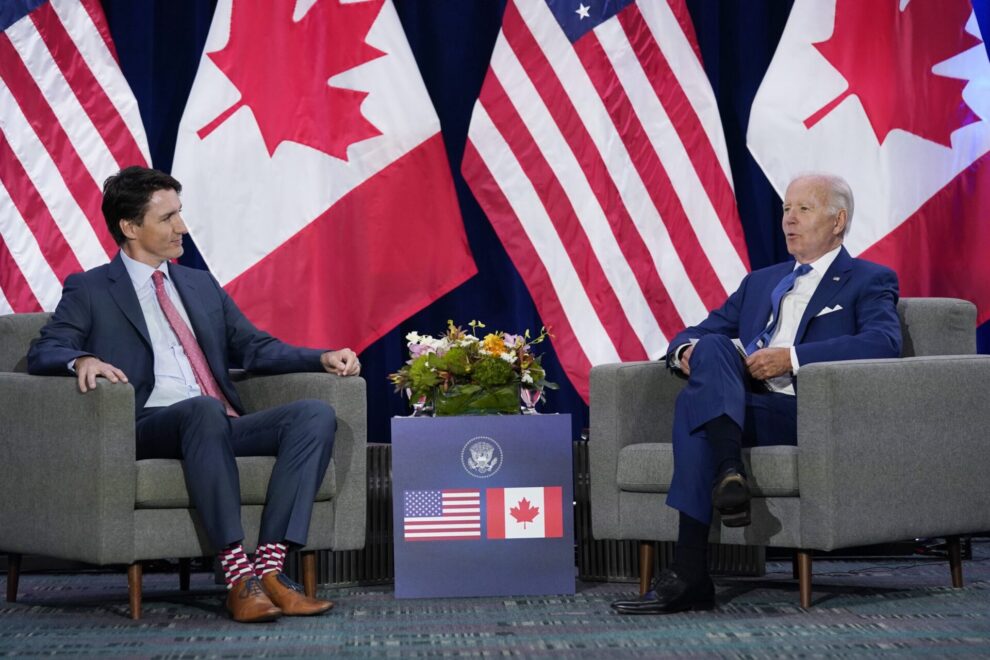 As leading democracies and NATO Allies, President Biden and Prime Minister Trudeau discussed defense and security cooperation to meet 21st century challenges, promote collective security and prosperity, and uphold a rules-based international system. They reaffirmed their commitment to stand up for our shared values around the world, including supporting the people of Ukraine as they defend themselves against Russia’s brutal aggression. President Biden thanked Prime Minister Trudeau for Canada’s partnership in providing security, economic, and humanitarian assistance for Ukraine. The two leaders discussed the importance of ensuring the continued defense and security of North America through support for the binational North American Aerospace Defense Command (NORAD).

President Biden and Prime Minister Trudeau also discussed the security and humanitarian situation in Haiti. The leaders highlighted recent coordinated actions to provide assistance to the people of Haiti and hold those fomenting violence accountable, including through sanctions. The two leaders committed to continue coordination with partners on the UN Security Council on next steps to support stability to Haiti, including support to the Haitian National Police.

Both leaders also underscored the importance of continued collaboration on migration issues, particularly in expanding legal pathways and increasing refugee resettlement — centerpieces of the Los Angeles Declaration on Migration and Protection.

President Biden and Prime Minister Trudeau reaffirmed their commitment to strengthen the U.S.-Canada partnership to promote human rights and defend democratic values, including through steadfast support for democratic institutions in Brazil following the unrest over the weekend.

During the meeting, the President also stated he looks forward to traveling to Canada in March of this year.

Canada and United States leaders discuss ongoing situation in Haiti
The U.S. May Finally Breach the Debt Ceiling. Here’s Why That Would Be Very Bad