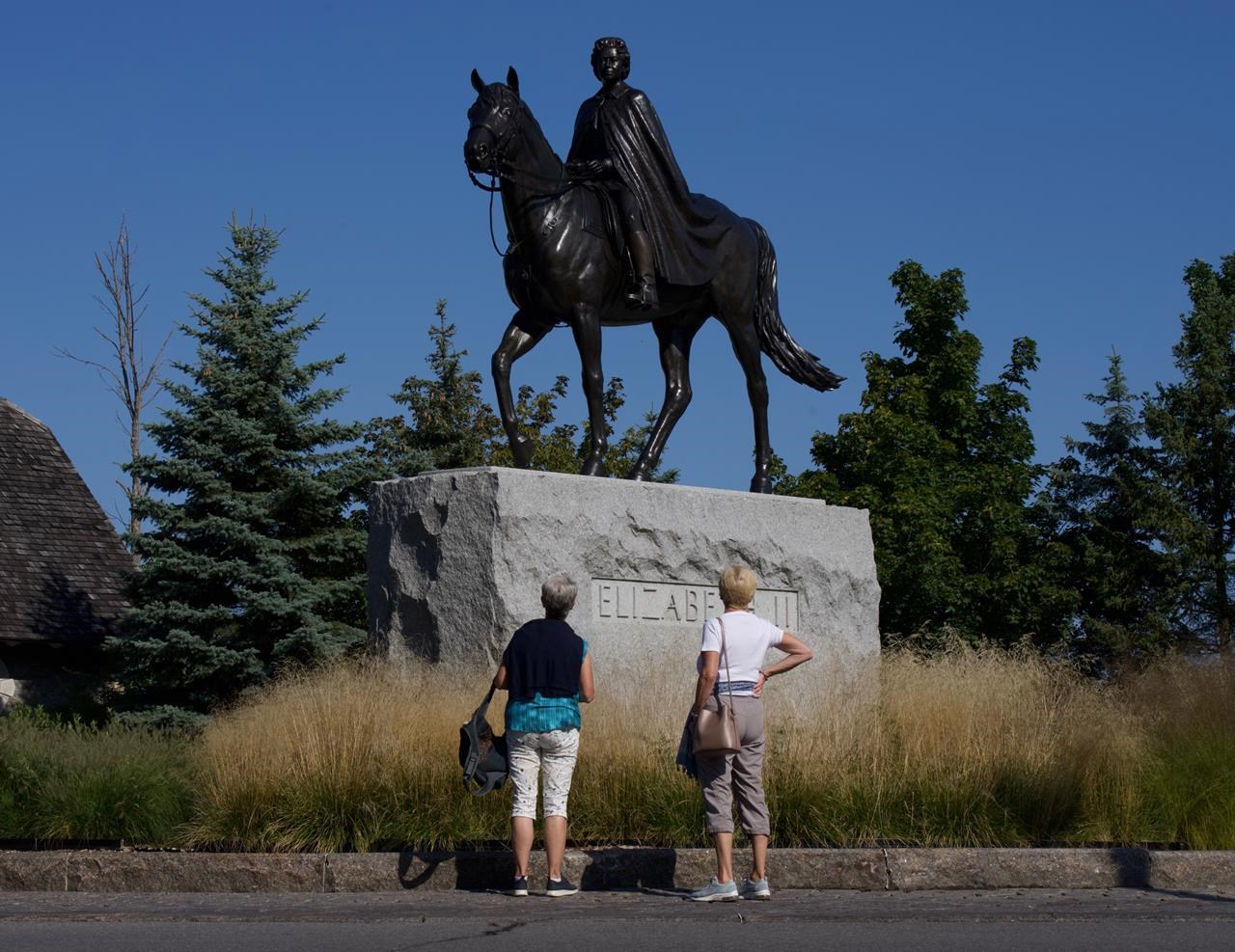 Queen Elizabeth II has been a constant presence in Canadians’ lives.

Her face is engraved on our coins. It graces the $20 bill and is featured on some of our stamps. Even buildings, parks, mountains and islands bear her name.

Here’s a look at some of the things that will – or won’t – change following her death:

As new coins are produced, the Mint says it will be up to the government of Canada to decide whether to change the image on the obverse (heads side) of coins, where the Queen currently appears.

“The Mint must await the Government’s direction on a new obverse design when a change in Monarch occurs, but we will work closely with the appropriate authorities when this change is requested.”

“When it is eventually redesigned, the $20 note will continue to feature the reigning monarch,” the bank says.

As for whether the new monarch’s image will appear on new stamps, Canada Post says: “We have a National Stamp Advisory Committee that evaluates and determines elements of stamp issues. These elements are only disclosed once the stamp is announced publicly.”

However, Queen Elizabeth’s passing will have some impact on more than a dozen other regiments, military branches and military organizations, for whom the Queen has been the titular head or patron.

According to the Department of National Defence, The Queen is colonel-in-chief to 12 armour and infantry regiments, including the Governor General’s Horse Guards. She holds the same title in the CAF Legal Branch and the Branch of Canadian Military Engineers and she is Captain General to the Royal Regiment of Canadian Artillery.

She is also patron to several navy-related organizations, including the Navy League of Canada and the Royal Canadian Naval Benevolent Fund.

Queen Elizabeth has filled these roles in her personal capacity. Hence, the titles “will not automatically transfer to the new Sovereign,” the department says.

Should they choose to name a new colonel-in-chief or patron, the department says each regiment or organization would have to submit a request to the new monarch, or other members of the Royal Family, for their consideration.

Canada is on track to welcome a record 431,000 immigrants
Canada is in mourning,’ says Justin Trudeau after death of Queen