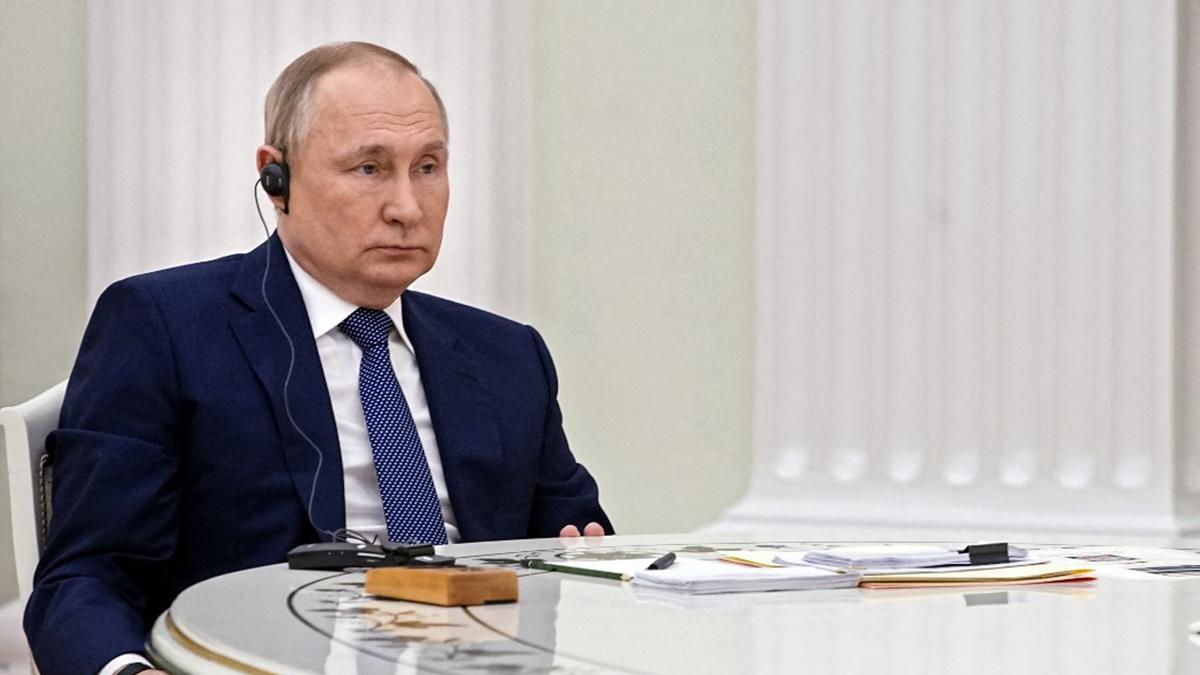 As Russians fearing conscription fled to the country’s borders, Kazakh president Kassym-Jomart Tokayev welcomed more than 200,000 of them, sympathising with their “hopeless” plight.

“We must take care of them and ensure their safety. This is a political and humanitarian issue,” said Tokayev late last month after president Vladimir Putin’s mobilisation bill sparked the exodus.

The warm reception for the Russians was a signal of a new reality for Moscow: across central Asia and the Caucasus, countries are seeking to distance themselves from its full-scale invasion of Ukraine.

Kazakhstan, traditionally one of Russia’s closest partners — Tokayev attended Putin’s 70th birthday party last week, and welcomed Putin to a regional conference in Astana on Thursday — has refused to support the invasion or recognise annexations of Ukrainian territory.

Russia’s draining war in Ukraine had created an opportunity for countries such as Kazakhstan to “chip away wherever it is possible” at their dependency on Moscow, said Temur Umarov, a fellow at the Carnegie Endowment for International Peace.

Government officials, western diplomats and business leaders in the capital Astana describe the “recalibration” as a careful diluting of ties rather than a full pivot away from Moscow, insisting the landlocked country has no choice but to maintain good links to its larger neighbour. Forcing Kazakhstan to choose between Russia and the west would be “a very detrimental move”, one that “leads to a possible conflict”, one official said.

“We are not Baron Munchausen, we can’t just pull ourselves up out of this region by our hair,” he added, referring to a fictional character who extracted himself from a swamp using this improbable technique.

Tokayev has embarked on a diplomatic offensive to increase the number of world leaders invested in Kazakhstan’s stability and security. In August he signed an intelligence-sharing agreement with Nato member Turkey.

If Kazakhstan had signed this deal before the war, “it would have been seen as a big blow by Moscow”, Umarov said. “But right now, we don’t see anything that Russia can use to stop Kazakhstan from doing that.”

When Chinese leader Xi Jinping visited Kazakhstan last month, he pledged to support Kazakhstan’s “territorial integrity”, a concern for any country in the region with a large ethnic Russian population after the invasion of Ukraine was launched partly on the pretext of “protecting” Russian speakers.

Across the former Soviet region, with the exception of Moscow loyalist Belarus, Russia’s role of policeman and power broker appears to be eroding. The unity of the six-member CSTO security bloc, Moscow’s answer to Nato, has taken a hit in recent weeks.

It is a stark shift from January, a month before the Ukraine invasion, when Russian-led CSTO troops entered Kazakhstan to help put down protests that Tokayev claimed were an “attempted coup d’état”.

When Armenia, a CSTO member, appealed to the bloc for help after renewed fighting with Azerbaijan last month, no military aid was sent. Instead of Russia, it was France and the EU that stepped in to mediate and host peace talks.

Violent border clashes have also broken out between CSTO members Kyrgyzstan and Tajikistan. Last week, Kyrgyzstan pulled out of hosting the alliance’s joint drills, which were due to involve Russia and Tajikistan. The “indivisible brotherhood” exercises were cancelled.

Kyrgyzstan’s president did not attend Putin’s birthday gathering and was late to arrive at a forum last month, making Putin wait awkwardly, a move the Russian president is more used to pulling on other leaders.

Kazakhstan signalled its new assertiveness this month when it snubbed a demand from Moscow to expel the Ukrainian ambassador to the country over comments he made about killing Russians.

Russia’s tone, said a Kazakh government official, was not the sort that should be used between “equal strategic partners”.

Russia’s growing isolation is also leading countries to diversify their economic ties. Kazakhstan has been actively searching for alternative energy export routes, several officials said, as the vast majority of Kazakhstan’s oil is piped through Russia.

In July, a regional Russian court found issues with a pipeline’s paperwork and ruled to suspend it. The issue was resolved quickly, but the incident laid bare the risks of dependence on Russia.

Economic diversification is “not against anyone”, said Yerkin Tukumov, director of the Kazakhstan Institute for Strategic Studies. Kazakhstan needs a broad pool of partners to deliver stronger growth that will be a bulwark against political instability, he added.

“Everyone [in the region] is interested in a stable Kazakhstan . . . The social causes of the January unrest have not gone away,” he added, referring to the widespread protests that preceded the alleged coup.

Others noted that political distance from Russia — particularly with Astana’s pledge not to help Moscow evade sanctions — is good for business.

“If Kazakhstan is to continue to attract private investment and especially foreign direct investment, it’s very important for them not to be placed in the same bag as Russia,” one western official said. “That’s why they’ve gone out of their way since the war started . . . to differentiate themselves.”

Astana is pursuing reforms to make elections more competitive, limit presidential terms and reduce corruption. The government has also moved to weaken the hold of vested interests over the economy, particularly of the family of former longtime leader Nursultan Nazarbayev, whose supporters may have played a role in the January uprising in an attempt to thwart the reform process.

Kazakh officials have pushed back against the idea they owe a debt to Moscow for sending in troops to put down the unrest. Moscow was acting in its own interests too, one analyst said, fearing that images of protests in neighbouring states could spark unrest at home.

Now with Russia absorbed by its assault on Ukraine, Kazakhstan and other countries across the region are adopting a more independent line, though remaining careful not to anger their belligerent neighbour.

“We will continue to work with Russia, but our negotiation position will strengthen,” said one political analyst close to Kazakh decision makers. “The rules of the game have changed.”