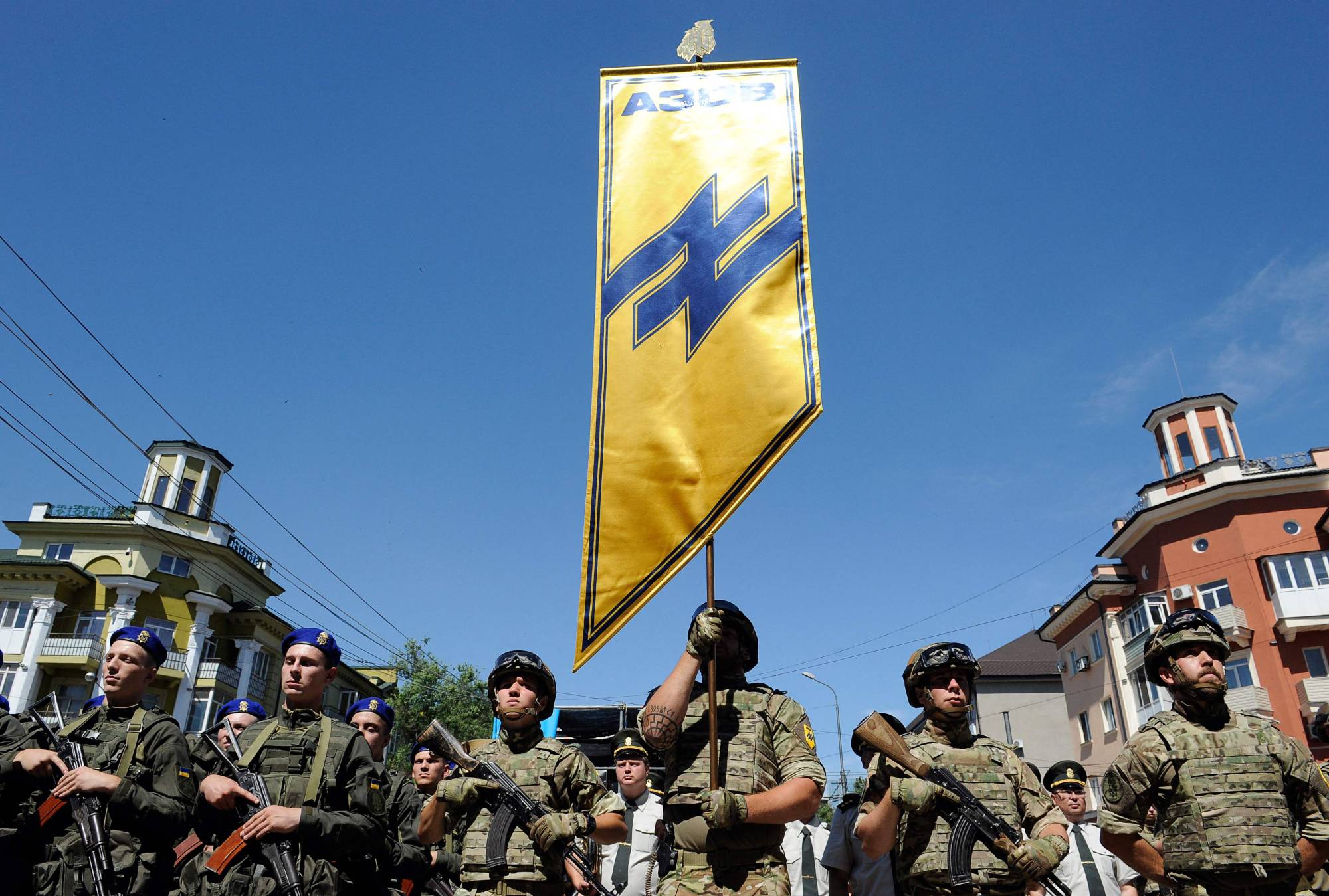 Despite its checkered past, the Azov Regiment is hailed in Ukraine as heroes for fighting to defend the country’s embattled east against the Russian invasion.

What does the designation mean?

An estimated 1,000 Azov soldiers are being held by Russia and Moscow’s allied forces in eastern Ukraine.

Many were captured when the southeastern Ukrainian port city of Mariupol was captured in May after a monthslong siege.

They are facing criminal cases as Russia accuses them of killing civilians.

Under stringent anti-terror laws, the captured Azov soldiers could have fewer rights and longer jail terms, up to 20 years.

Separatist leaders of the self-proclaimed “Donetsk People’s Republic” in eastern Ukraine said in May that Azov fighters could face the death penalty.

What is the Azov Regiment?

The Azov Regiment began as a paramilitary unit to fight against pro-Russian rebels in eastern Ukraine in 2014. It was later integrated into Ukraine’s national guard.

The regiment initially drew fighters from far-right and ultra-nationalist circles, although its current members reject accusations of extremism.

In 2019, the US Congress came close to designating the regiment as a “terrorist organization” but eventually did not.

Still, for years, Azov has maintained contacts with far-right movements abroad, including in Germany.

Moscow has consistently cited Azov to back its claim that Ukraine is controlled by “neo-Nazis.”

In a statement on Tuesday, the Azov Regiment said that Russia was looking for new justifications for war crimes, and called on Washington to designate Russia a terrorist state.

“After the public execution of prisoners of war from the ‘Azov’ regiment in Olenivka, Russia is looking for new excuses and explanations for its war crimes,” the unit said in, referring to last week’s explosion that killed over 50 at a site holding Ukrainian prisoners of war.

Both Ukraine and Russia have blamed the other for the blast.