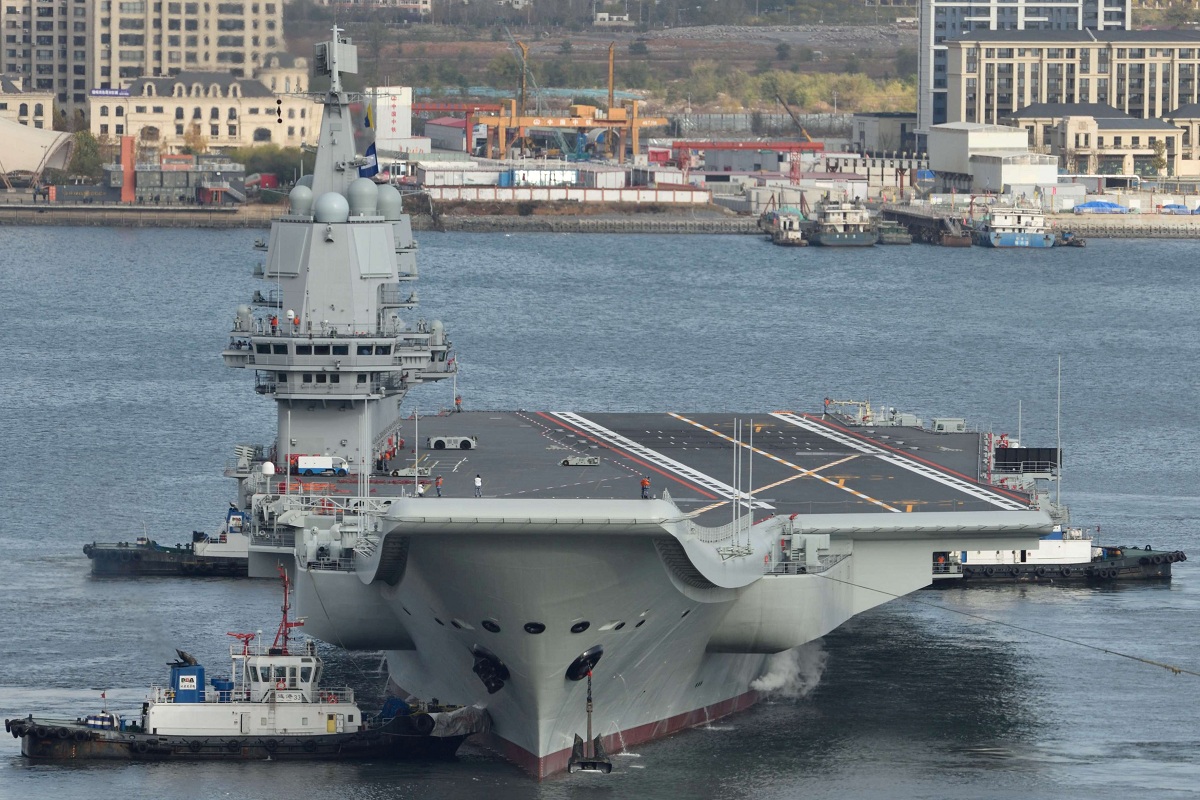 While China’s newly unveiled third aircraft carrier represents the country’s expanding naval might, a recent CNN report outlines other Chinese naval vessels that represent a more significant threat to the US and its regional allies.

With the recent launch of its third and most technologically advanced aircraft carrier, China has drawn considerable attention in the global arena.

The new technology, comparable to those used by US aircraft carriers, will enable China to launch a broader range of aircraft from Fujian, faster and with more ammunition. In addition to the launch mechanism, the Fujian is outfitted with blocking devices and has a full-load displacement of more than 80,000 tons.

Although this aircraft carrier appears to be a clear signal to Beijing’s adversaries, other Chinese Naval ships pose a more significant threat to the United States and its allies in the Indo-Pacific, CNN said on Sunday (June 26).

The Type 055 destroyer poses the greatest threat to the United States and its allies in the Indo-Pacific region.

The Type 055 destroyer was introduced in 2017 and is big enough to be classified as a cruiser by NATO criteria. It has 112 vertical launch tubes that can fire various missiles, including anti-ship long-range land-attack projectiles.

These stealth-guided-missile destroyers with a displacement of 13,000 tons are the most potent surface combatants in the world.

“This ship, in particular, has a sophisticated design, stealth features, radars, and a large missile inventory. It is larger and more powerful than most US, Japanese, and South Korean destroyers,” RAND Corp. senior analyst Timothy Heath told CNN.

One of the five Type 055s now in use, the Lhasa, was recently sent to the Sea of Japan to conduct drills, heightening the existing tensions with Taiwan.

“The ship has achieved full operational capability and demonstrated its capabilities in deterring possible foreign military interference in the Taiwan Strait at a time when the US and Japan have repeatedly been provoking China over the Taiwan question,” China’s state-run Global Times reported.

An April video surfaced on social media highlighted the Type 055’s lethality. It showed a Type 055 ship launching what was reportedly a hypersonic YJ-21 anti-ship ballistic missile, also known as a “carrier killer.”

The report noted that the United States should be concerned about China’s Type 39A/B submarines, of which 17 have already been produced.

The submarines have air-independent propulsion (AIP), which allows them to remain underwater for extended periods without needing to surface to acquire the air required for the diesel combustion that powers their batteries.

“When operating on batteries, AIP-equipped submarines are almost silent, with the only noise coming from the shaft bearings, propeller, and flow around the hull,” said US Navy officers Michael Walker and Austin Krusz in a 2018 US Naval Institute’s Proceedings magazine article.

According to CNN, the submarine can launch “wake-homing” torpedoes, which track after a target ship before detonating close to its steering and propulsion systems. Wake-homing torpedoes are particularly challenging to counter since surface ships detect submarines and torpedoes using sound waves.

If China were to invade Taiwan, its PLA navy fleet might not be able to carry an invasion force of hundreds of thousands of soldiers, according to the CNN report. But China does have a sizable fleet of civilian ferries that could be swiftly modified for military usage.

“China’s biggest ferry shipbuilder said in 2015 that one of its largest roll-on/roll-off ferries was built for dual military and civilian purposes …,” Thomas Shugart, a former US Navy submarine commander, said in a 2021 War on the Rocks article.

He continued by saying that China had already set up auxiliary People’s Liberation Army units for commercial ferry companies operating in the Yellow and South China Seas.

He calculated that converted civilian ships would provide China with an extra 1.1 million tons of displacement. Another thing the US should monitor is the marine militia.

The force has a minimum of 122 vessels and is as high as 174, per the Center for Strategic and International Studies (CSIS). The CSIS analysis noted that the militia comprises two types of vessels: professional militia boats and actual fishing boats used by the Chinese military as part of a subsidy program.

The fishing boats focus on intimidating with their sheer numbers while the professional force harasses foreign drilling ships and stops international fishing boats. Beijing also has a sizable reserve because it has the largest fishing fleet in the world.