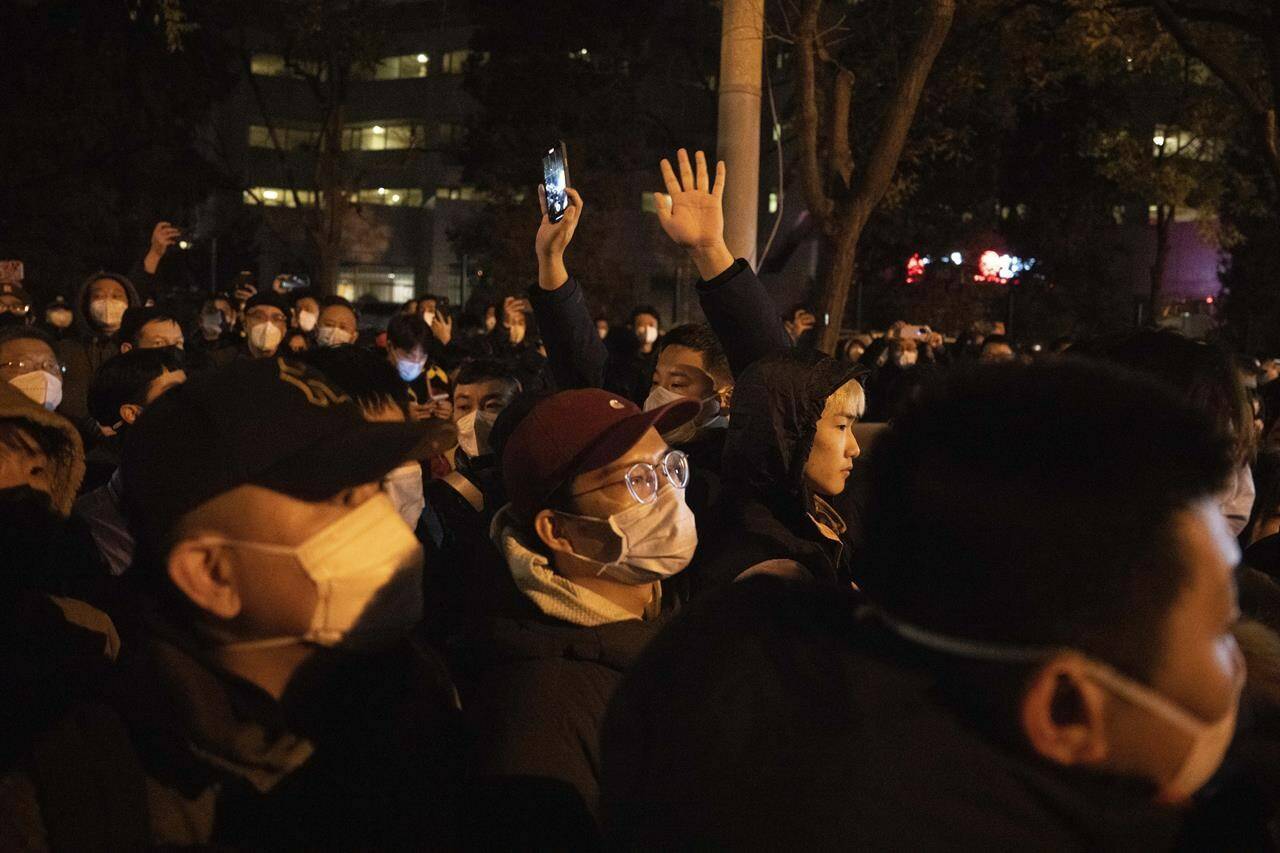 China’s most popular internet search engine experienced a 28-times surge in residents looking up the terms “conditions to immigrate to Canada” during the populous country’s severe COVID-19 pandemic lockdowns.

According to an internal Canadian immigration department report obtained under access to information requests by a Vancouver immigration lawyer, the search engine Baidu saw soaring interest in “immigration to Canada” and “immigration” before it suspended use of the terms in April.

There are other signs this year revealing that Chinese citizens, some of whom have launched protests against the country’s zero-COVID policies, have developed an outsized desire to potentially immigrate to Canada or other Western countries.

As well, Canada’s immigration office in China’s capital of Beijing had the highest participation ever on April 14 for its webinar on gaining permanent resident status in Canada, with more than 400 participants.

This is in addition to a separate internal account from a Canadian immigration department staff member in Hong Kong, who said “Canada remains one of the top countries” for the many who are rapidly trying to depart the city because of pandemic rules, unrest and the “heavy handed political policies” of China.

In an unusually candid memo, an unnamed Hong Kong office staff member recounts with regret how she is having to say goodbye to many of her friends because they are taking advantage of their long-held Canadian passports to permanently move to Canada.

“Whether they are thinking of Canada being a respectful and democratic multicultural society, or their own strengths to adapt with highly transferable skills, robust work ethics and substantial capital, Canada continues to be one of their popular choices to begin a new life.”

“People in China have basically three options,” he said. They can to try to exit the country, continue to show their loyalty to the Communist regime or complain about their leaders.

“Seeing large numbers of inquiries may be the ‘complain’ option,” Kurland said.

“We see the same in the U.S., when Democrats complain about a new Republican president. Many say they are coming to Canada, but they don’t.”

Indeed, three years ago, 55 jumbo jets from China were touching down at Vancouver International Airport every week.

In October there were only eight flights a week from the People’s Republic, which is increasing its grip on citizens through heightened controls and surveillance.

China’s draconian pandemic lockdowns — which are more strict than anywhere in the world — have reduced travel in and out of the country, with the number of international air passengers across all of China’s airports falling from 74 million in 2019 to 1.5 million last year.

Still, Canadian immigration data show that quarterly permanent resident admissions from China are now higher than at any point since 2015, although the vast majority are from people already in the country.

There was a 15 per cent rise in the July-to-September quarter in permanent resident admissions (9,925) from China compared to the third quarter of 2019 (8,690), which was before the pandemic hit.

Despite China’s dramatic 2022 jump in inquiries about immigrating to Canada, Kurland said, “There have not been more applying for permanent residence status because you can’t be expected to be selected unless you have been in Canada studying and working. Permanent resident applications in the economic class rarely work, without studying or working in Canada.”

Students from China this year make up about one in eight of the more than 600,000 people in Canada on study visas.

And a summer survey of 11,000 prospective students across Asia, which was weighted to India and China, found that Canada was their top choice.

Canada retained bragging rights as first-choice destination of 27 per cent of respondents, according to the survey by IDP, an education company. Twenty-five per cent chose Australia, 20 per cent nominated the United Kingdom, 18 per cent opted for the U.S. and three per cent looked to New Zealand.

Canada is especially appealing, analysts say, because it offers foreign students a path to citizenship and, unlike most countries, welcomes them to work up to 20 hours a week while studying. Indeed, this year Ottawa went further and announced that foreign students could work unlimited hours.

That’s caused some labour economists to warn of overloading the market with low-skilled workers. A Statistics Canada study in 2019 almost one third of those on study visas in Canada were not actually enrolled in educational programs.

While there has been a surge among Chinese nationals interested in Canada, a recent report by the Spanish human rights organization, Safeguard Defenders, maintains the regime has been pressuring hundreds of thousands of China’s global diaspora to return to the motherland.

Cases have been documented, including in Canada, in which people that the regime, for whatever reason, considers “fugitives” are intimidated by various means to return to China.