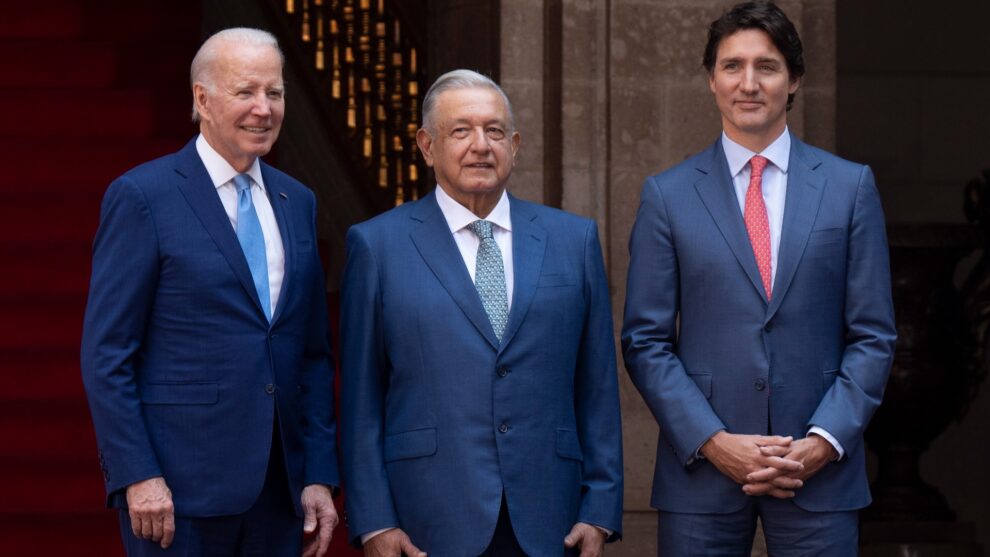 Canadian Prime Minister Justin Trudeau Tuesday held talks with United States President Joe Biden on the ongoing situation in the Caribbean Community (CARICOM) of Haiti, where efforts are being made to unseat the government of Prime Minister Dr. Ariel Henry.

“The leaders discussed the ongoing crisis in Haiti, and their mutual commitment to work together to support Haitian-led solutions, promote dialogue toward democratic elections, and enhance effective law enforcement capacity,” according to a statement issued by the Office of the Prime Minister.

“The leaders committed to continuing bilateral and hemispheric support for Haiti and its people,” it added.

The two leaders are attending the North American Leaders’ Summit, and according to the statement they “discussed a wide range of bilateral and global issues”.

The two North American countries are engaged in efforts to bring some form of stability to the country where opposition parties have been staging street demonstrations in their efforts to remove from power, Prime Minister Henry, who came to office in July 2021 following the assassination of President Jovenel Moïse.

In addition, criminal gangs have been staging kidnappings for ransom and other violence acts in defiance of the police and the army.

Both the United States and Canada have imposed economic, and travel bans on prominent Haitians including former presidents, prime ministers, and legislators, whom they have accused of supporting the efforts by the criminal gangs and others to subvert justice and overthrow the government.

Justin Trudeau, joined in celebrating Haiti’s Independence Day last Sunday, pledging that “Canada will continue to stand with Haitian people as they strive for a brighter future.

“We will continue to work with the international community to advance a Haitian-led solution and support Haitian institutions to restore stability in the country,” he said, stating that Canada is home to over 165,000 Canadians of Haitian ancestry.

Earlier this week, a group of international personalities including heads of state, said the global community has a responsibility toward Haiti even as it questioned whether foreign military intervention would assist in turning around the situation in Port-au-Prince.