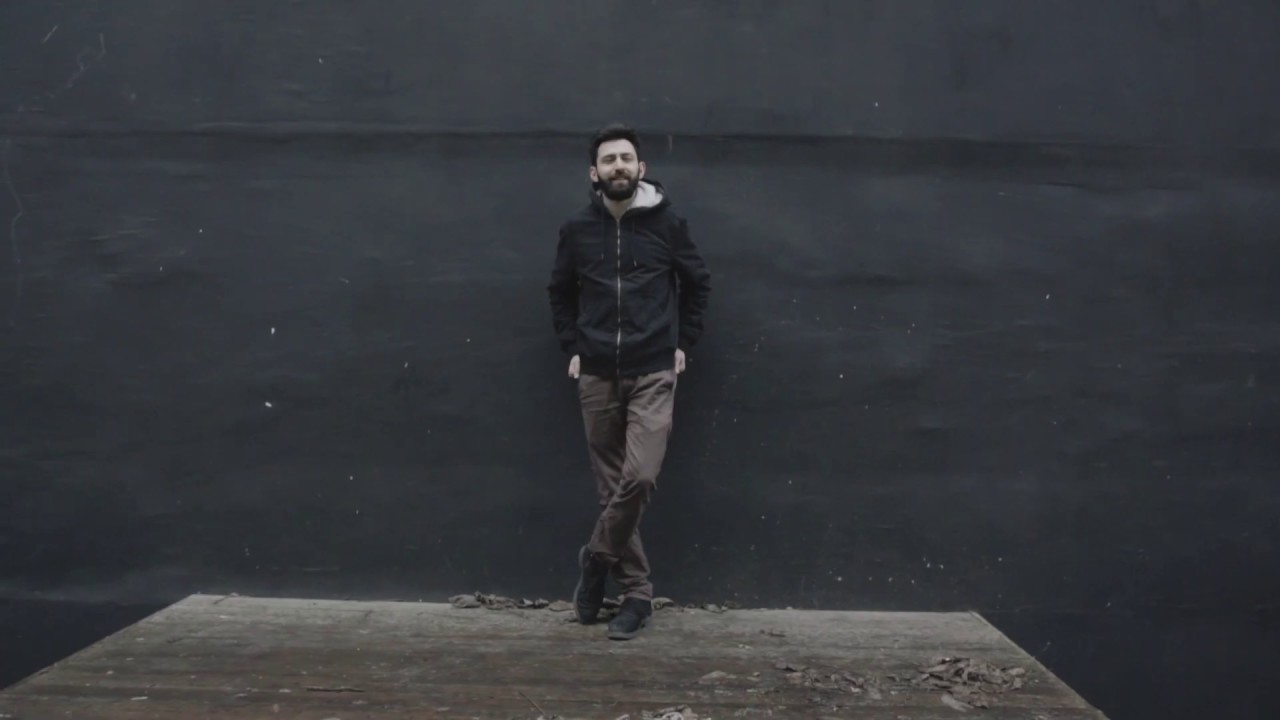 Ivan Baidak’s journey from western Ukraine to Canada is a bittersweet one. While he is fleeing his home country, he will touch down in this country with a book deal already.

The author arrives in Edmonton in early October, after fleeing the Russian invasion of his homeland. But he will spend the last two weeks of September at events throughout the country promoting his book, (In)visible, an award-winning novel that is getting an English translation and North American release.

The book follows Adam, a 26-year-old freelance designer trying to make it on his own. He’s faced with intolerance and persecution for having Tourette Syndrome. He eventually finds belonging and community, with roommates struggling with acceptance of their own visible disorders.

There’s Anna who has hemangioma, a benign non-cancerous growth. Marta, the television anchor, has alopecia, while the makeup artist Eva has vitiligo, a condition where some skin loses its pigmentation resulting in discoloured patches.

“The topic is quite important, visible disorders,” says Baidak over a video call from Slovenia in mid-July. “(The book has) quite a strong message about acceptance and equality. It’s definitely the right time for the book to be shared in the world.”

Baidak has Tourette Syndrome, a neurological disorder with repetitive and unwanted movements or vocal sounds called tics. It was the reason he was allowed to leave Ukraine and wasn’t forced into military service in the spring, when Ukraine closed its borders to military-aged men from leaving the country.

While the book isn’t a retelling of his own life, he used his experiences with Tourette’s to inform the book, the hurt and pain he has faced trying to live with his disorder.

“I do believe it’s quite a warm book. If I wrote this book five years ago when I was still struggling with Tourette’s, this book would be very depressing about inequality,” says Baidak. “I believe everyone has their own struggle. We need to accept ourselves, we need to accept other people.”

(In)Visible was first released in Ukraine in 2020, where it inspired a play and several photo exhibits. It was also named Best Book of 2020 by PEN Ukraine, an international organization dedicated to supporting writers and authors in free speech.

Baidak’s was living in Lviv, in Western Ukraine, when Russian forces invaded his country in February of this year. Baidak has lived in the United States, France, Slovenia and Poland over the years. He had returned to Ukraine to settle down and was working with an IT company doing sales and marketing when had to flee. Fortunately, he was able.

“The last two or three years were great for me living in Ukraine. I felt that it’s my place, I want to be here. Ukraine was developing really fast. Ukraine was becoming a great place.”

He has been getting help with his journey to Canada from a cousin living in Winnipeg. Baydak refers to him as a cousin, though there is almost 50 years separating the two. The pair started sending letters back and forth almost 15 years ago when Len’s son Michael visited Ukraine looking to reconnect with his roots.

The people they met had to call Baidak at university in order to translate. Len and Baidak have been communicating back and forth ever since. Len tried to help his Ukrainian cousin in 2014 when Russia invaded Crimea, but that fell through and the war was over quickly.

Len’s daughter helped to set Baidak up with Guernica Editions, which is publishing the English translation of (In)visible. His niece will host Baidak when he arrives in Edmonton. While Baidak’s biggest connection to Canada lives in Winnipeg, he decided to come to Edmonton and settle here for a while.

“I normally trust my intuition and Edmonton seemed like a place I would enjoy living in,” says Baidak of his decision to come to the city.

While he works to get settled in Canada, Baidak says he has been working on a book about the ongoing war in Ukraine. Tentatively titled Letters With No Address, it’s Baidak’s ongoing feelings about the war in his home country.

“No matter what you do, no matter where you are, you’re still in this war. It’s hard to focus on different stuff,” says Baidak.

Sandra Oh to attend the state funeral of the Queen and participate in a procession of national honours as part of the Canadian delegation
As Canada tries to counter Russian disinformation, experts urge a similar effort against China