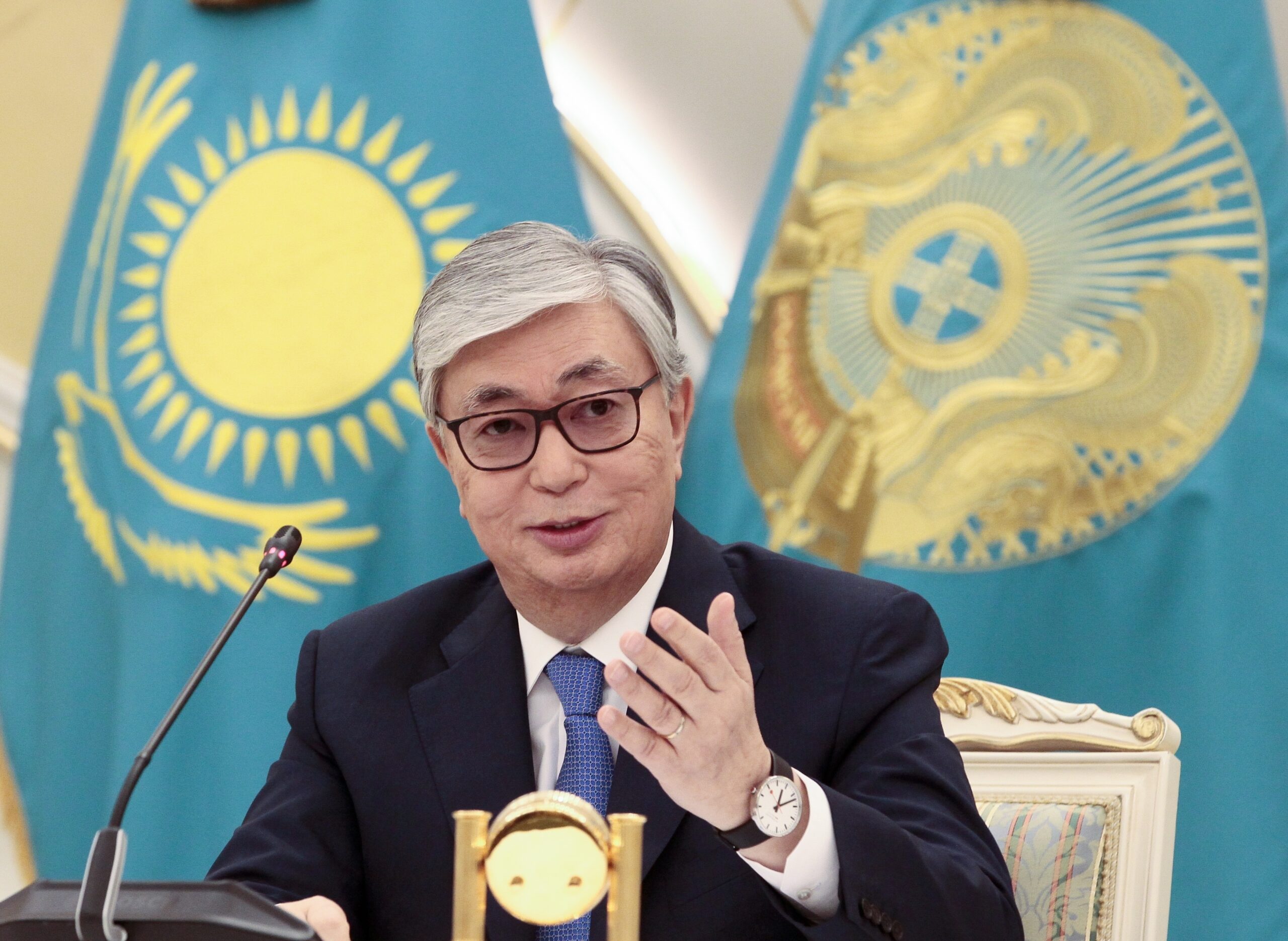 President of Kazakhstan Kassym-Jomart Tokayev spoke about his country’s large scale reforms and relations with Russia at  the Saint Petersburg International Economic Forum on Friday, reports the presidential press service.

In his remarks, Tokayev emphasized the forum was taking place in a situation of increased political and economic turbulence.

“Global shocks associated with the pandemic and increasing geopolitical tensions have led to a new reality. Globalization has been replaced by an era of regionalization with all its virtues and inherent flaws. Anyway, the process of reformatting traditional economic models and trade routes is accelerating. The world is changing rapidly. Unfortunately, in most cases, not for the better,” said Tokayev, addressing the forum attended by Russian President Vladimir Putin and Egyptian President Abdel Fattah As-Sisi and President of China Xi Jinping sending their video messages.

Tokayev spoke about the ongoing large-scale political and economic reforms in the country aimed at reformatting public administration and building a New Kazakhstan, saying the focus is on sustainable development of trade and economic relations, new production facilities, growth of human capital and innovations. Quality human capital and constructive intercultural dialogue are “reliable sources of economic growth,” according to Tokayev.

On a multilateral agenda, strengthening the potential of the Eurasian Economic Union and expanding trade and economic cooperation with non-union countries are key priorities.

Countering climate change is also an urgent task, according to Tokayev. He outlined the country’s plans to expand opportunities for growth of green investments.

“We are working to reduce the energy intensity of GDP, to expand the renewable energy sector and to reduce transit losses in this sector,” he said.

After their presentations, leaders engaged in an question-and-answer format discussion, where Margarita Simonyan, head of Kremlin-funded Russia Today channel, asked Tokayev about the attitudes in Kazakhstan to what Russia describes as “special military operation” in Ukraine.

“There are different opinions, we have an open society. Modern international law is the United Nations Charter. Two UN principles, however, have come into contradiction – the territorial integrity of the state and the right of a nation to self-determination. Since these principles contradict each other, there are different interpretations of them,” he said.

He continued saying that “we recognize neither Taiwan, nor Kosovo, nor South Ossetia and Abkhazia.”

“In all likelihood, this principle will be applied to quasi-state entities, which, in our opinion, are Luhansk and Donetsk,” explained Tokayev.

He also condemned some statements of Russian parliamentarians about the situation in Kazakhstan, which Tokayev said are “absolutely incorrect statements about Kazakhstan.”

“Inaccurate statements from, so to speak, journalists and even people of the arts,” said Tokayev. “I am grateful to Vladimir Putin, who today has comprehensively set out the position of the top leadership, the Kremlin, in the end, in relation to Kazakhstan, and other countries, and especially to my country. Indeed, we do not have any issues that can be manipulated in one way or another, sowing discord between our nations and thereby causing damage to our people and to the Russian Federation itself. I do not really understand these statements. These individuals in some strange way comment on the decisions made by the Kazakh leadership or the events taking place in our country, whose mill you water,” said Tokayev.