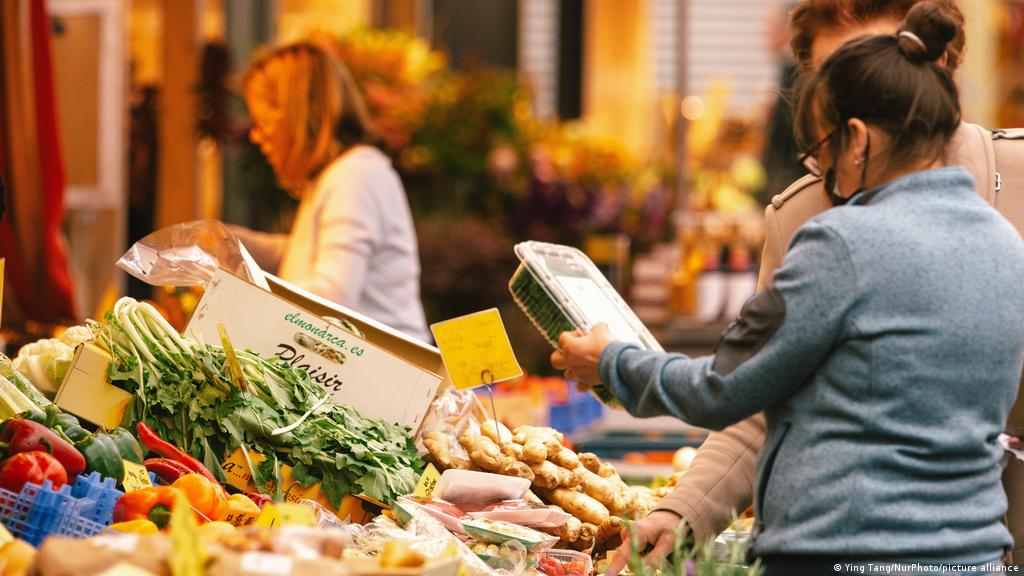 Canada’s inflation rate fell to 7.6 per cent in July, according to a report Tuesday from Statistics Canada, marking the first time in 12 months that the rate has decreased from the previous month.

In June, inflation hit a 39-year high of 8.1 per cent, with gasoline prices the single biggest contributor to the overall rate increase.

By contrast, gasoline prices declined on a monthly basis in July, according to the agency’s consumer price index. Consumers paid 9.2 per cent less for gasoline in July than they did in June, a monthly decline not seen since April 2020.

Ontario saw a 12.2 per cent monthly decline in gas prices — the largest of any province — after the provincial government implemented a gas and fuel tax cut on July 1. But some consumers have already made significant lifestyle changes to balance out the high costs.

“I had to sell my truck and buy a smaller car,” said Cameron Benn, a small business owner based in Brampton, Ont. He said at one point this year, he was paying $1,200 monthly for gas.

“I got to the point where it just … didn’t make sense to have [the truck] anymore,” he said, adding that the situation “sucks” because he loved the truck.

The overall downward trend, which was expected by economists, indicates that skyrocketing inflation is starting to ease up. But it’s still a long way from the Bank of Canada’s 2.2 per cent target.

While inflation went up by 0.1 per cent compared to June, measures of core inflation increased, said Tu Nguyen, an economist with consulting firm RSM Canada.

That means “inflation remains pervasive across all aspects of life and not just concentrated in a few categories such as gasoline and food,” she said, adding that it will “be a while” until households can breathe a sigh of relief.

Even as the cost of gas declined, prices at grocery stores rose at 9.9 per cent year-over-year, their fastest pace since Aug. 1981.

Bakery products, non-alcoholic beverages, eggs and fresh fruit are among the items seeing faster price growth. Baked goods in particular are up 13.6 per cent as the Russian invasion of Ukraine has contributed to surging wheat prices.

Higher prices for services like flights (up by 25.5 per cent), natural gas (12.4 per cent) and hotel stays (10.1 per cent) were notable contributing factors to the month-over-month increase due to a busier travel season.

Monthly rent is going up, too, according to the StatsCan report. With high interest rates sidelining buyers who can’t afford to take out mortgages, the rental market has expanded and rent prices are accelerating at a faster pace than in June.

Bank of Canada must continue to act: economist

Royce Mendes, an economist with Desjardins, told CBC News it’s clear that “the Bank of Canada has to continue to act.”

Last month, the Bank of Canada hiked rates a full percentage point to 2.5 per cent — the most recent in an ongoing and aggressive campaign to cool runaway inflation.

Even with today’s downward trending annual inflation rate, it remains to be seen how much that number will decrease without further action. As such, Mendes says he is cautious in declaring that inflation has peaked.

“So while I am cautiously optimistic that inflation has peaked, I’m not sure that it’s completely a done deal.”

‘If you take too much time off, you will get fired’: Is unlimited vacation a real perk?
COVID-19 pandemic is still ‘raging,’ experts say. How to stay safe heading into fall