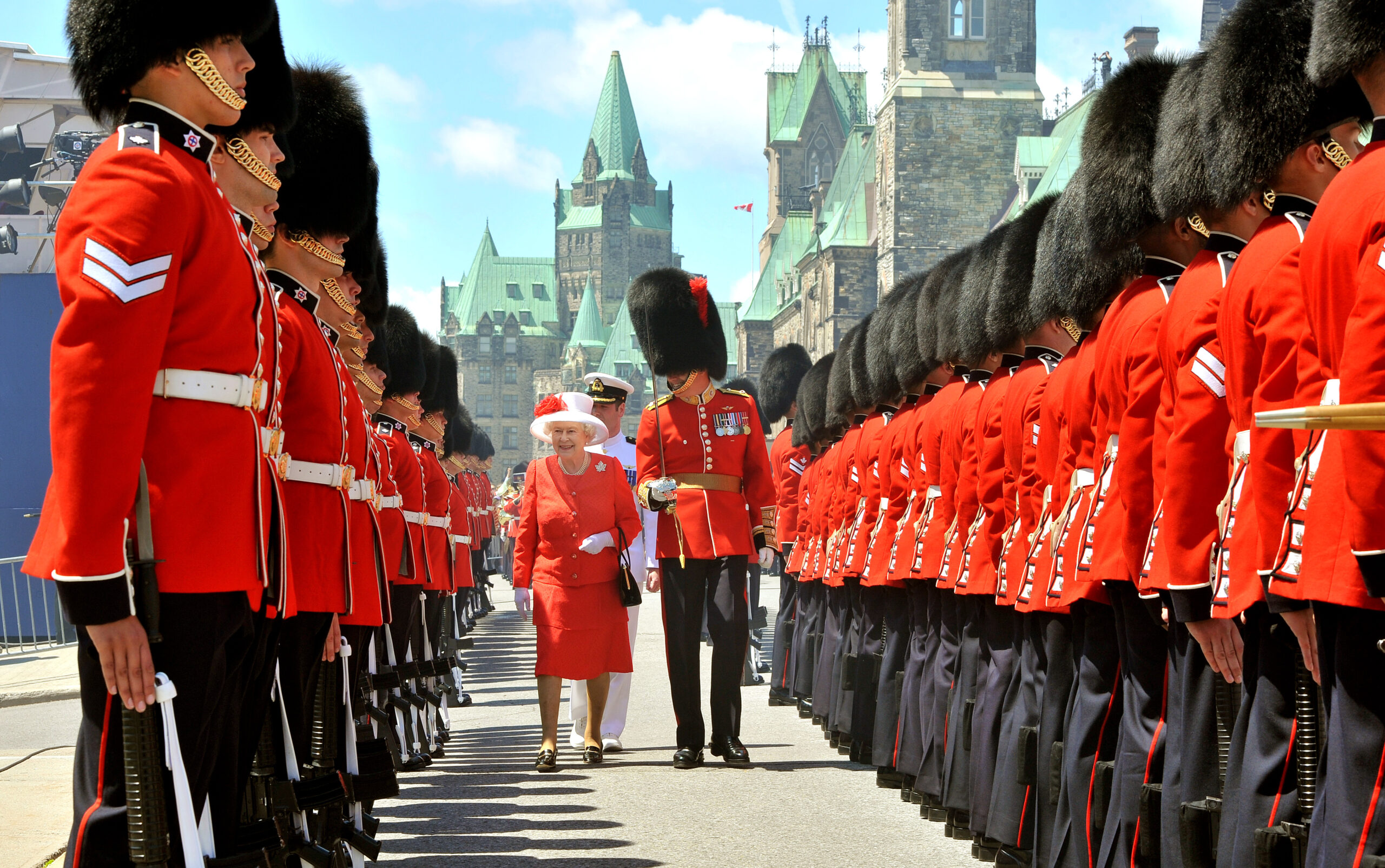 Phil Mills and his partner Lauren were standing by a photo of Queen Elizabeth II at the Château Laurier Hotel in Ottawa when they heard about the long-reigning monarch’s death at the age of 96 on Thursday.

They live in Newfoundland but are from the United Kingdom.

“There’s nowhere else I’d rather be if [I] couldn’t be in London,” Lauren Mills said of being in Canada on the solemn and historic day.

“This is a perfect spot,” she said at the Centennial Flame on Parliament Hill, where flags were lowered to half-mast and people left flowers for the Queen throughout the day.

Ottawa resident Pat Burnett deposited a bouquet of roses on the front steps of the British High Commission building at the corner of Elgin and Queen streets Thursday evening.

She appended a short but sweet note, as well:

People also gathered and left flowers at Rideau Hall. It’s the current home of a statue of the Queen on horseback, and the place she would stay when she visited the capital.

Ottawa Mayor Jim Watson — who met the Queen in 1992 when he was a city councillor — said her passion for horse riding was evident.

“On several occasions over the years, the RCMP gave the Queen one of their horses,” Watson said. “And I know she visited the stables on a number of occasions. So she had many different interests and she was able to come to our city and experience those interests.”

Watson will be at Jean Pigott Place at City Hall on Friday morning at 9 a.m. to sign a book of condolence. Residents will then be able to leave their own thoughts and memories in the book until sunset on the day of Queen’s funeral in the U.K., and can also leave messages of condolence online at ottawa.ca.

A date for the funeral has not yet been announced.

Senior leadership at the city, including council members, will wear a black ribbon label as an outward sign of mourning.

Official books of condolences are also available to sign at Rideau Hall Friday from 9 a.m. to 7 p.m.

Also on Friday, the Anglican Diocese of Ottawa is inviting churches in the diocese to toll their bells “gently” beginning at noon.

On the day of the Queen’s funeral at Westminster Abbey in London, U.K., Canada’s federal government will host a national commemorative ceremony in Ottawa at Christ Church Cathedral.

That same day there will be a parade, a fly-past over Parliament Hill by Royal Canadian Air Force CF-18s in the missing man formation, and a gun salute: one round fired for each of the Queen’s 96 years lived.

Here are photos from some of those visits.