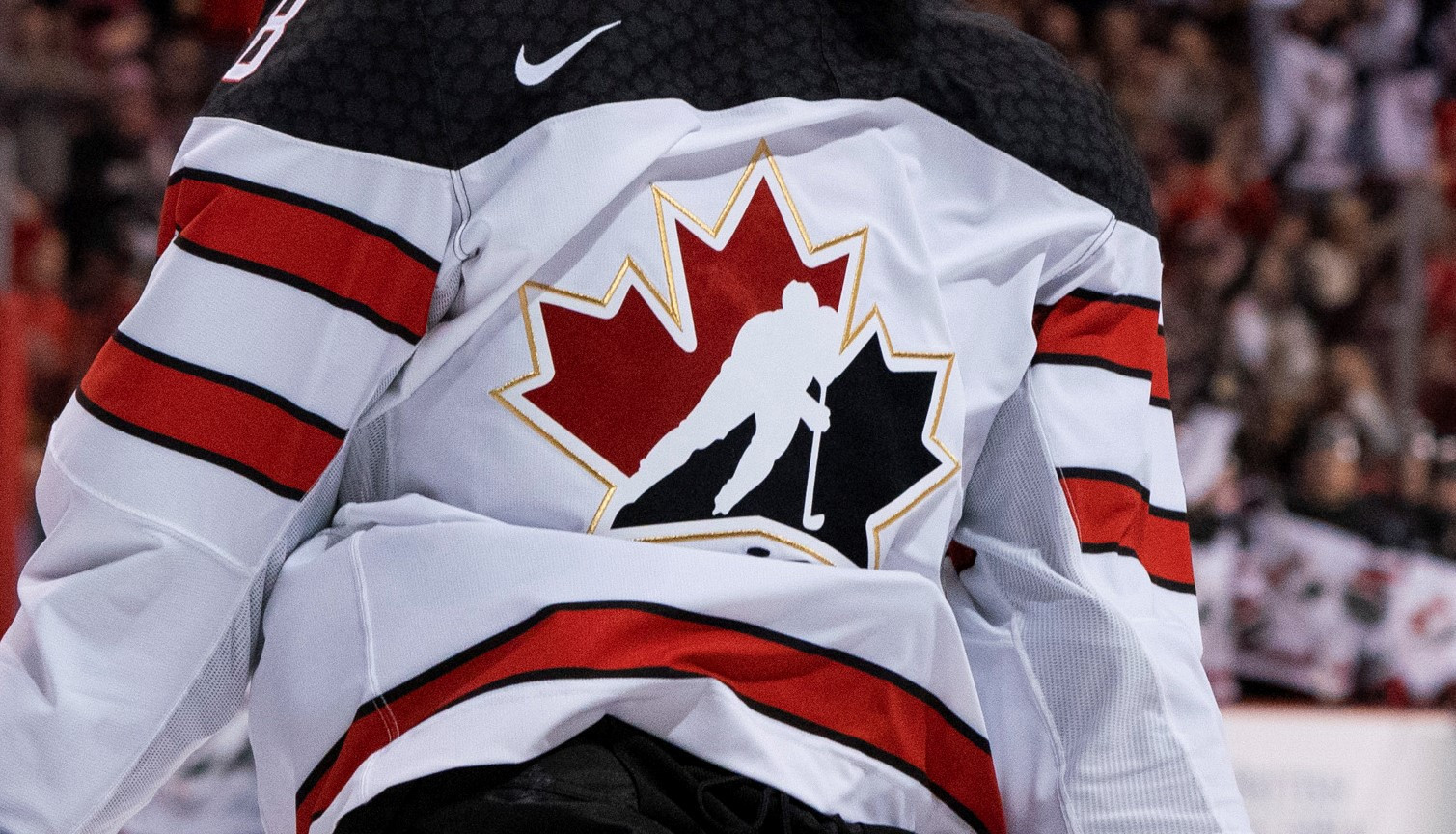 E.M., the woman who filed a lawsuit against Hockey Canada over an alleged group sexual assault by some members of Canada’s world junior hockey team in 2018, says that she has felt “vulnerable and exposed” since news of her allegations became public two months ago.

“This is something I never wanted to draw attention to,” she said in a brief interview with The Globe and Mail on Monday. “I simply wanted consequences for actions and some accountability.”

E.M. filed her statement of claim on April 20, 2022. Hockey Canada settled the case by May 24, 2022, and two days later, news of that deal became public, which is something E.M. says she never wanted to happen.

Since then, the story has spiralled into a national scandal. Throughout it all, the woman, identified only as E.M., has stayed quiet, not wanting to further fan the flames.

“It has been difficult to see the facts told in pieces and not as a whole,” she told The Globe.

Hockey Canada’s handling of her complaint has become the subject of federal hearings and a renewed criminal investigation by the London Police Service. The National Hockey League has launched its own investigation. Hockey Canada has revived a previously dormant independent review. And The Globe revealed the existence of the National Equity Fund, a special multimillion-dollar fund built through player registration fees that Hockey Canada has used to settle sexual-assault lawsuits.

Rob Talach, E.M.’s lawyer, says in watching the coverage of his client’s complaint it has been frustrating to see misinformation circulate that she did not co-operate with police. Some of that came from Hockey Canada.

When TSN first reported on the settlement in May, hockey’s national governing body released a statement indicating that it learned of the allegations four years ago and hired law firm Henein Hutchison to investigate, but “the person bringing the allegations forward chose not to speak with either police or with Hockey Canada’s independent investigator and also chose not to identify the players involved. This was her right and we fully respect her wishes.”

But this wasn’t true, Mr. Talach said. E.M. co-operated back in 2018 and she continues to co-operate today, he said. (Hockey Canada corrected its statement about police after being contacted by Mr. Talach.)

In fact, with the London Police Service recently reopening her complaint, E.M. met with detectives last week. And on Thursday, she sat for a private polygraph exam, the results of which were shared with The Globe.

Mr. Talach says it was important to E.M. to do the polygraph because of recent suggestions that she has not been totally honest in her account of the events.

Mr. Lazar was provided with a synopsis of the case and a copy of E.M.’s statement. He then asked her if she had lied to him regarding her statement, been misleading, and if she had provided even one false account. The document outlining the results of the exam indicated that the examiner found “that [E.M.] was being truthful when she answered ‘No’ to the relevant questions.”

In Canada, polygraph results are not admissible as evidence of a person’s credibility in a criminal trial. E.M.’s truthful result would also not speak to the question of whether the hockey players honestly and reasonably believed that she was consenting.

But in a case that has predominately played out in the public arena, it is an additional layer of information that E.M. wanted to contribute, Mr. Talach said.

(The Globe reached out to lawyers representing some of the players Monday afternoon and did not receive a response.)

It has been reported that E.M.’s settlement agreement included a confidentiality clause. The details of what she is allowed to disclose are unknown, and neither she nor Mr. Talach would discuss the agreement or the particulars of the alleged assault. However, her version of events is included in her statement of claim.

In that document, which has not been tested in court, E.M. said that on June 18, 2018, she went to a bar in London. While there, she met one of the hockey players and some of his teammates, who were in town for a Hockey Canada gala that had taken place earlier in the day. The player and his teammates bought her drinks and shots and she became increasingly intoxicated, the claim says. At some point, she left the bar with the first player, went back to his hotel room and engaged in consensual sexual activity.

But afterward, according to the claim, the first player invited his teammates into the room without E.M.’s knowledge. She alleges that for several hours after that, she was sexually abused and assaulted. In her claim, E.M. stated that she was she filled with terror and acquiesced to their requests, at times crying and attempting to leave, but the players then “directed, manipulated and intimidated” her to stay, the lawsuit alleges.

Two weeks ago, lawyers representing some of the players showed The Globe two videos that were recorded on the night of the alleged assault. The lawyers say the footage shows the sexual contact was consensual and that E.M. was not fearful, intimidated or intoxicated, as she claimed. The first clip, shot at 3:25 a.m., is six seconds long and shows her from the neck up. A male voice can be heard saying, “You’re okay with this?”

When The Globe published the story, E.M. and Mr. Talach declined to comment, but the fact that these details were being made public filled her with dread, he said.

“The provision of the videos to the media could be viewed by some as an attack on her credibility,” Mr. Talach said, adding that was part of the reason why she wanted to do the lie-detector test. “She wanted to take that extra step to do whatever she could to establish that she is telling the truth.”

Mr. Talach noted that the videos from the night are not proof of consent – which in Canada must be given at the time of sexual contact – and instead represent a moment in time lacking the overall context of the evening.

“In my view, I think few at the conclusion of a romantic endeavour feel the necessity to document the consent of their partner, unless one has doubts about the validity of that consent in the first place,” Mr. Talach said.

A little more than a day after the incident, one of the players texted E.M. to ask if she had gone to police. According to those texts, E.M. told the player that her mother had called police against her wishes.

“You said you were having fun,” the player wrote.

“I was really drunk, didn’t feel good about it at all after. But I’m not trying to get anyone in trouble,” she replied. “I was ok with going home with you, it was everyone else afterwards that I wasn’t expecting. I just felt like I was being made fun of and taken advantage of.”

He later replied: “You need to talk to your mother right now and straighten things out with the police before this goes to far. This is a serious matter that she is misrepresenting and could have significant implications for a lot of people including you.”

E.M. told the player that she had contacted police, told them it was a mistake and that she didn’t want to pursue the complaint.

On June 22, E.M. went to the London police headquarters and spoke with a detective. That same day, she went to the hospital for a physical exam and later gave her clothing from the night of the alleged assault to investigators. As early as June 24, she made it clear that she wanted police to pursue charges and two days later met with police again, Mr. Talach said. She spoke again with police in August, 2018. Finally in February, 2019, she was told no charges would be laid.

Mr. Talach says E.M. was not surprised by this development, given how much time had passed, but it was a setback in her recovery and delayed her decision to pursue civil litigation.

“When a victim takes a step, no matter the step, and it’s unsuccessful – whether it’s telling a partner or going to police – it just exponentially increases the delay to when they act again,” he said, in addressing the three-year delay between the conclusion of the initial police investigation and her lawsuit.

One thing E.M. won’t be doing is sitting for an interview with the Hockey Canada or NHL investigators, Mr. Talach said.

“She’s provided an eight-page statement with an additional five pages of photographs and 4½ pages of text messages. She’s already launched civil proceedings and spoken with police on a number of occasions. I mean how many times does she have to do this?” he said.

They have also provided the polygraph to Hockey Canada and the NHL and will be sending it to police as well.