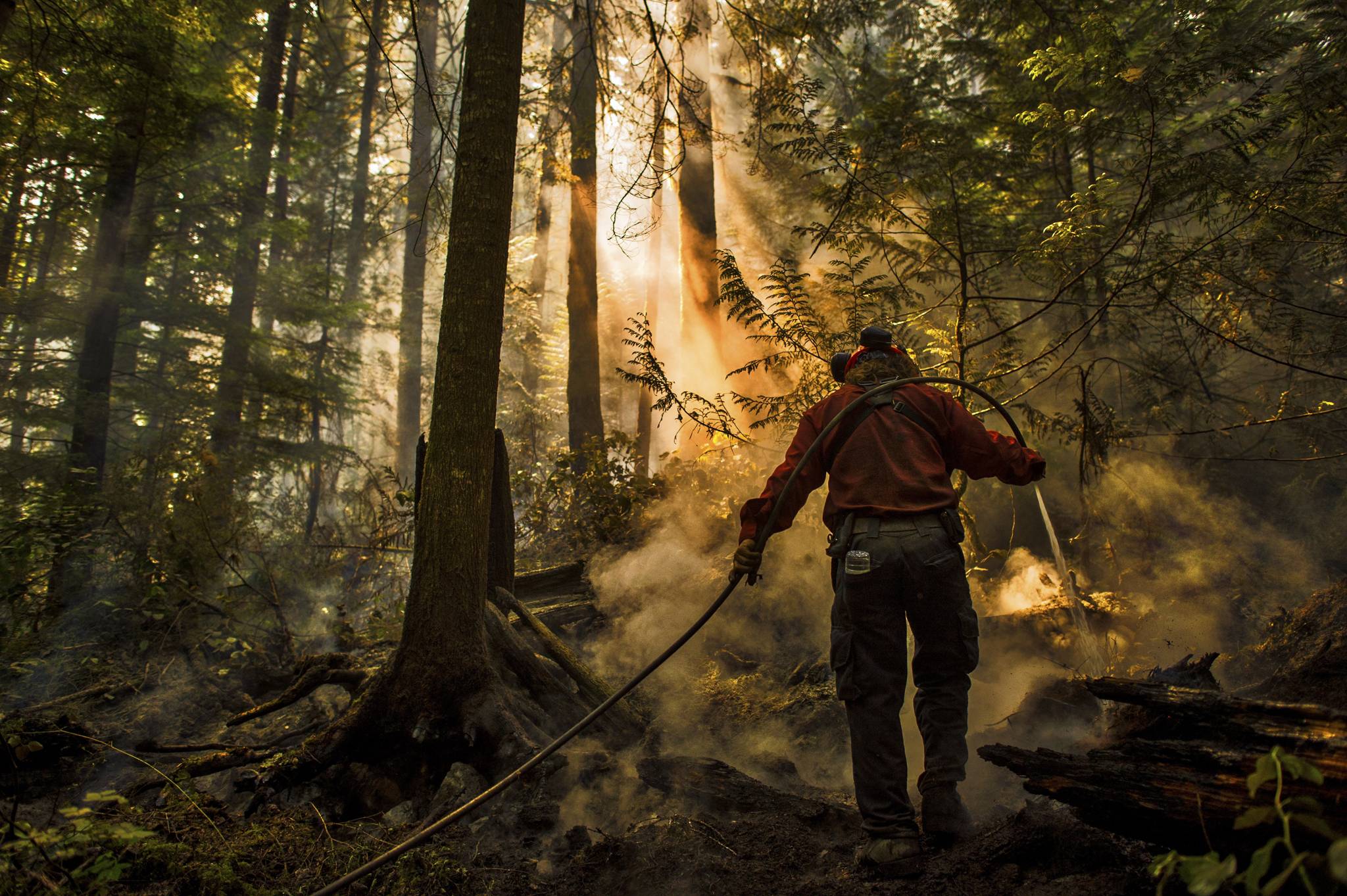 Five years after record-breaking wildfires tore through their territories, representatives of the Tŝilhqot’in National Government (TNG) signed an emergency management deal Wednesday with the province of B.C. and Ottawa.

The agreement ensures they are not again left out of responding to emergencies like wildfires and floods on their own lands.

The renewed deal comes after leaders of the TNG, which represents six member First Nations, have felt sidelined and their knowledge and skills ignored during the province’s devastating 2017 fire season.

“[The year] 2017 was very traumatic for our Nation,” said Chief Joe Alphonse, tribal chair of the TNG, at a press conference Wednesday. “Two of the three largest fires in the history of Canada happened around my community.

“We did what we had to do to protect our communities … We’re ready to go and we want to continue that work we’ve begun.”

Wednesday’s deal — a renewal of a Collaborative Emergency Management Agreement (CEMA) signed in 2018 — comes with funding towards First Nations emergency preparedness, and could potentially include Indigenous training facilities and an Indigenous response centre in B.C.’s Interior.

New cash includes $1.25 million in federal funding over five years, plus $280,000 from the province, and another $225,000 through Ottawa’s First Nations infrastructure fund.

Mike Farnworth, B.C.’s public safety minister, called the deal “a new way of approaching emergency management” that is based on Indigenous leadership and “community resilience.”

He said the agreement would “ensure Nations are at the table informing decisions that affect them, their communities and their territories … in emergency management.”

Farnworth said he hopes the CEMA could help inform approaches for emergencies impacting other First Nations, often at the forefront of climate change-related catastrophes.

‘We all need to take a new approach’

The agreement between TNG, Victoria and Ottawa lasts for five years, and replaces a previous three-way deal inked in 2018.

“We all need to take a new approach.”

Peyal Laceese, Tŝilhqot’in Nation’s cultural, negotiations and external affairs ambassador, offered prayers and gifts of necklaces — for protection, he explained — and moose-hide gloves to the federal and provincial ministers signing the deal.

“The gloves signify that we’re here to build and we’re here to do work,” Laceese said. “Today is very important to our leaders and to our people.”

That year’s fires also forced the evacuations of tens of thousands of British Columbians.

It also sparked calls from a number of Indigenous communities not only to be included in disaster response work, but for the province to respect and learn from their traditional fire management practices.

For Alphonse, who said he’s been fighting fires since he was 14, the renewed CEMA deal is only one part of Tŝilhqot’in “self government” on their lands — and he said other First Nations have approached TNG since 2017 to bolster their own emergency management efforts.

“We don’t just want to sign on a piece of paper,” he said.

“We have to begin to force change, change on the ground. It’s in our DNA.”