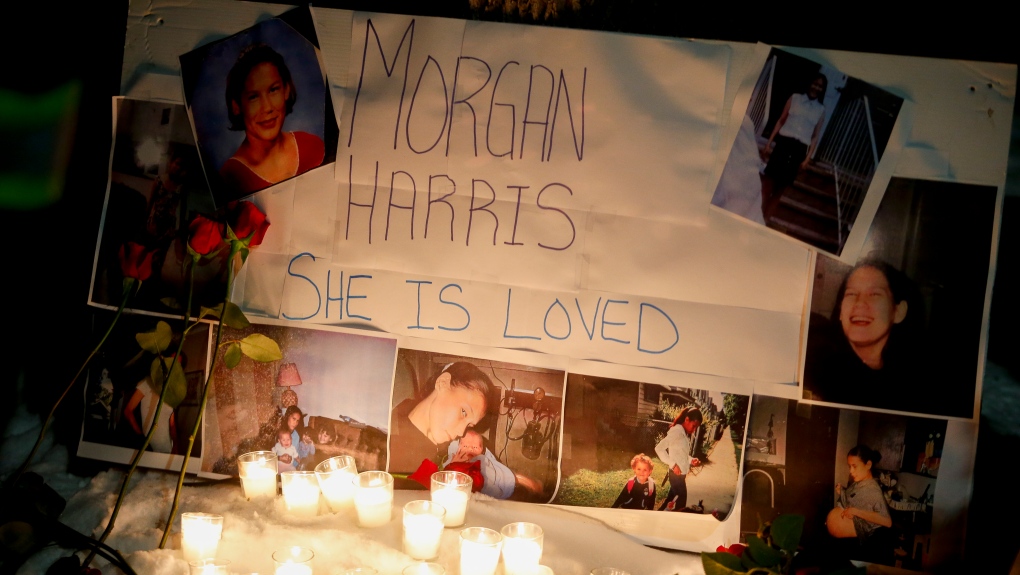 The arrest of an alleged serial killer who targeted Indigenous women in central Canada has prompted fresh anger and despair that the country has once again failed in its promises to protect vulnerable women and girls.

Police in Winnipeg announced late on Thursday they had charged Jeremy Skibicki, 35, with the murder of Morgan Beatrice Harris, 39, and Marcedes Myran, 26, of Long Plain First Nation, months after he was accused of killing Rebecca Contois, 24, from O-Chi-Chak-Ko-Sipi First Nation.

Skibicki was also charged in the murder of a fourth, unnamed victim who is believed to be Indigenous. The bodies of the three latest alleged victims have not yet been found.

A candlelight vigil was held in Winnipeg on Thursday evening outside Skibicki’s home as families grieved the loss of mothers, daughters and a grandmother.

“I want her to be remembered as happy-go-lucky. She was silly. She was fun. People loved to be around her,” said Cambria Harris, Morgan’s daughter.

Kirstin Witwicki, Harris’s cousin, described the 39-year-old as a “fearless” mother of five and grandmother.

The Manitoba shadow justice minister Nahanni Fontaine said on Twitter that she and others were experiencing “rage, despair, disgust and unspeakable sadness” following the arrest of a “monster” who had stalked the community.

“This alleged killer walked amongst us. He was in our city, our neighbourhoods, our places of work. He was not invisible. But our women, girls and two-spirited are,” she wrote.

“When will the protection of Indigenous women, girls and two-spirited be taken seriously? Winnipeg now has the distinction of having two separate serial killers of Indigenous women. Are we waiting for a third or fourth to rear their murderous heads?”

For some, the grief was compounded by political leaders’ failure to keep promises to combat decades of violence against Indigenous women.

As many as 4,000 Indigenous women and girls are believed to have been killed or gone missing in Canada over the past 30 years – although the true number of victims is unlikely ever to be known.

“We have failed you. We will fail you no longer,” the prime minister, Justin Trudeau, told families in 2019, following a landmark report that concluded “state actions and inactions rooted in colonialism and colonial ideologies” were a key driving force in the disappearance of thousands of Indigenous women.

“It’s always unsettling whenever there is any kind of a serial killing,” Winnipeg police chief Danny Smyth told reporters.

“We’re very sensitive to the whole missing and murdered Indigenous women investigation and inquiry and the recommendations that came out of that.”

Police didn’t say what evidence they had to charge Skibicki in the absence of bodies – but said DNA played a role. They also did not say if there was a known relationship between the women and the alleged killer.

Police in other regions of the country have recently faced scrutiny over reports that Indigenous people are over-policed but crimes against them are under-investigated.

In Ontario, a group of independent investigators have called for the reinvestigation of the sudden deaths of 14 Indigenous people in the city of Thunder Bay, after finding that the original inquiries were hampered by sloppy police work and a legacy of institutional racism.

Winnipeg mayor Scott Gillingham said “condolences are not strong enough” when speaking with reporters on Thursday evening. “Anger and sorrow – that mix is what I’m feeling right now. We have more to do to address safety across this community.”

“We will be keeping you in our thoughts and prayers as you grapple with the news that your loved ones have been taken from us in such a violent way,” grand chief Jerry Daniels of the Southern Chiefs’ Organization, which represents the communities where the women came from, said in a statement.

“The loss of three women and one unidentified person is a sadness many are feeling,” Long Plain chief Kyra Wilson said in a statement on the “devastat[ing]” news. “We must come together as communities to protect and support our Indigenous women & men.”