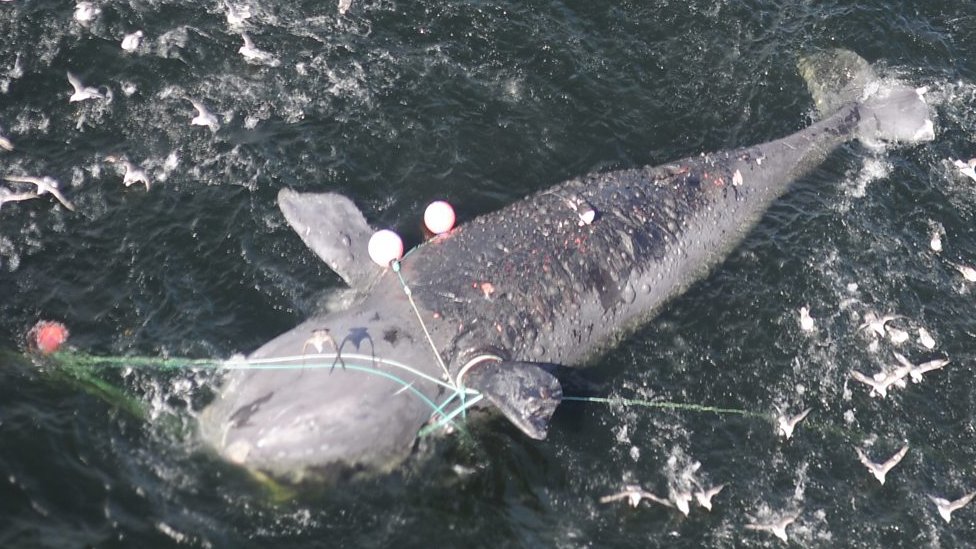 A complaint, filed under the new North American free trade agreement, will force Canada, the U.S., and Mexico to pass judgment on efforts by the United States to protect North Atlantic right whales.

“We recommended an independent investigation. We are looking forward to hearing a response and the position from the governments,” Paolo Solano, legal director for the Commission for Environmental Cooperation, said in Halifax this week. “We expect this to be resolved soon.”

He was in Halifax as part of an unrelated commission forum on climate change in the shipping industry.

The commission is mandated under the Canada-U.S.-Mexico Agreement (CUSMA) to investigate claims a country is failing to effectively enforce its environmental laws.

Last year, an American environmental group, Oceana, filed a complaint against the United States about protections for the North Atlantic right whale.

In June the commission recommended an investigation proceed on the grounds “there are a number of actions that could be implemented from the U.S. government,” said Solano.

A three-member council of a cabinet-level environmental leader from each government will decide whether to proceed.

Guilbeault’s office did not provide comment for this story.

The commission has already rejected arguments from the U.S. government that an investigation, or factual record as it is called, was unnecessary.

The U.S. said it is upholding laws to protect the critically endangered whale species from gear entanglements and vessel strikes.

“A factual record is not warranted because it would not shine additional light on the issues … as central questions of fact related to the implementation of the laws at issue have already been made publicly available,” the U.S. said in response to the complaint.

It also said the issue was currently before several American courts.

“We consider that those pending proceedings didn’t stop this submission from proceeding and to eventually recommend a factual record,” Solano told CBC News.

The commission said an investigation could answer a number of central questions including why there hasn’t been civil enforcement action related to fishing gear entanglement of a North American right whale in the last 11 years.

The surviving population, which migrates along the Atlantic coasts of Canada and the United States, is estimated at around 350.

“The type of questions that are being asked of the United States can and may very well be asked of Canada. In this case we have good answers,” said Porta, executive director of Oceans North, a Canadian non-governmental organization which is not affiliated with Oceana.

Porta said Canada has taken many steps over the past 10 years to ensure the whales have the best chance for survival “from working with the fishing industry, through monitoring, through record investments into other aspects of its management and species at risk legislation.

“This is actually a set of interventions that has not been mirrored in the United States.”

Two votes are needed to settle a question. Solano hopes the governments authorize an investigation.

“It’s a significant step. I think if the parties vote for a factual record with regards to the United States performance in protecting the right whale, I think it’s going to send a positive signal with respect to other submissions that we have active at this point.”

The commission is also awaiting decisions on its recommended investigation of Mexican efforts to protect the rare Vaquita porpoise, believed to be down to ten individuals, and loggerhead turtles.

This is the first recommendation for an environmental investigation against the United States in 15 years, Solano said, and the first since the trade treaty was revised in 2018.

Canada looking to secure release of 19 women, children held in Syria: document
Is Canada set to become an outlier on immigration?