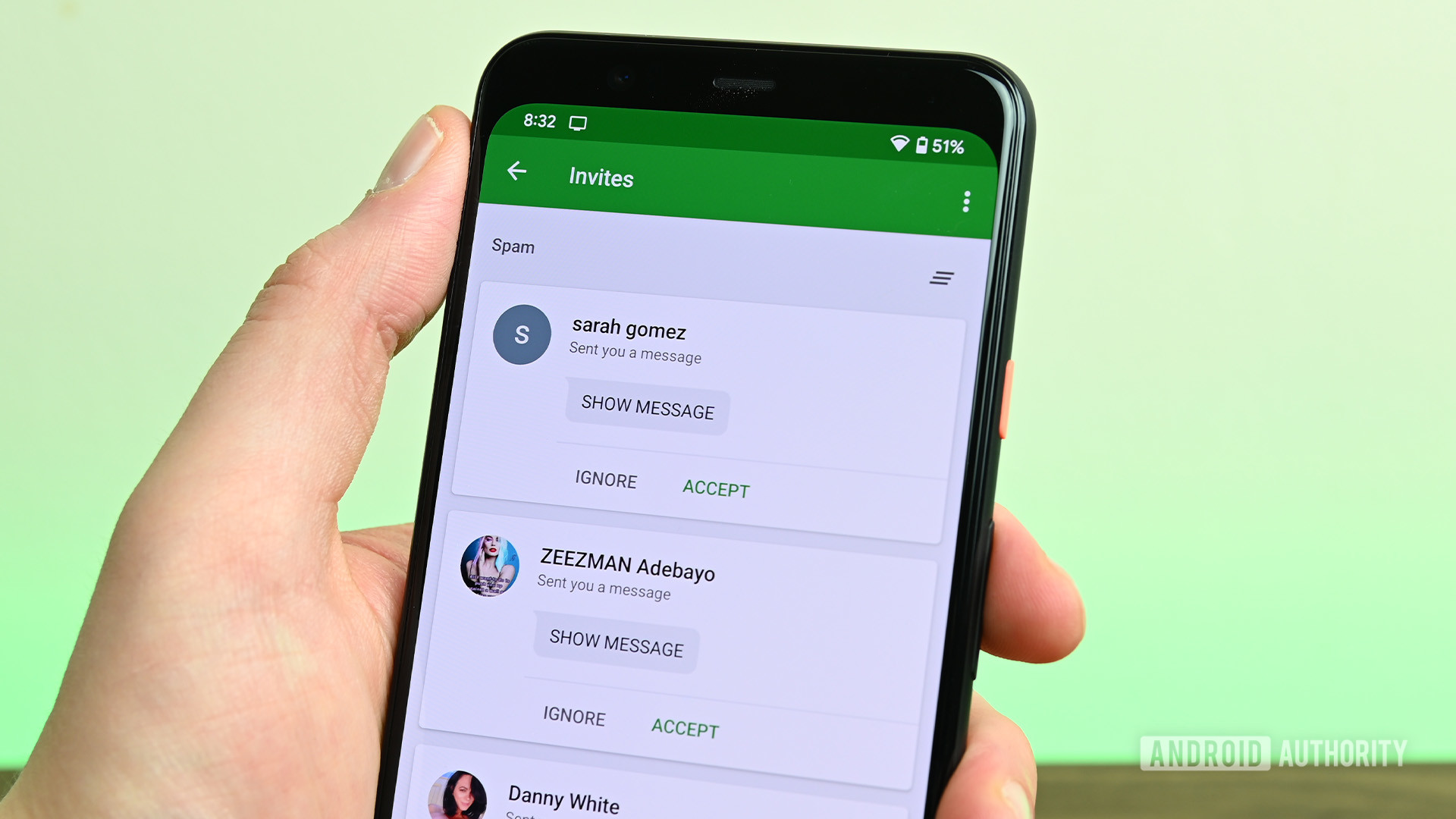 Google Hangouts is scheduled for death today. The phone app has been individually booting people off the service since July, but the last vestiges of Hangouts, the web app, will be shut down today.

For a brief period, Hangouts was Google’s best, most ambitious, most popular messaging effort, but 5 billion downloads later, Google is moving on. Hangout’s next of kin, Google Chat, should have all of your messages and contacts automatically imported by now, but the new service is a mere shadow of the original plan for Hangouts.

The closing of Hangouts is the latest chapter in the mess that is Google’s messaging history. Google Talk launched 17 years ago, and Google still doesn’t have a competitive message platform. Part of the reason we’re on Google’s umpteenth messaging app is that there is no solid, stable home for messaging inside Google.

You can see the problem in the company’s 2022 messaging lineup. The Google Workspace team makes Google Chat—that’s Google’s business team making a Slack competitor—and then there’s Google Messages, a carrier-centric sort-of-competitor to Apple’s iMessage that seemingly grew out of the Android team. Is the team that makes Android more or less important than the team that makes Gmail and the rest of the Google apps? Both have their understandable reasons for chasing messaging, but splitting the Google user base across two incompatible products makes it tough for either project to gain any traction. Besides those two big projects, there’s also still Google Voice and a bunch of siloed messaging services in apps like Google Photos and Google Pay.

Once upon a time, Google tried to fix this situation. Messaging was supposed to have a real home at Google, and that home was supposed to be (cue dramatic thunderclap) Google+. Back in 2011, Google’s then-CEO Larry Page decided that social media was the future and spun up the Google+ project across the company. The head of G+ got the title “senior vice president,” making him one of the eight-ish people who reported directly to Page, enshrining Google+ as one of the main pillars of Google. This division was supposed to take full ownership of messaging, and it launched its messaging project—Google+ Hangouts—two years later.

Hangouts, which was codenamed “Project Babel,” was charged with the task of—get this—unifying Google’s messaging portfolio. Google had four messaging apps at the time: Google+ Messenger, Google Talk, Android’s SMS app, and Google Voice. Hangouts launched in 2013, and by the end of the year had integrated SMS messages. By 2014, the app was fully operational and featured Hangouts Messages, SMS, and Google Voice in one app, all available from your phone or anywhere on the Internet. With the release of Android 4.4 in 2013, there was no standalone Android SMS app. Hangouts was the only default SMS option.

Google had built its iMessage clone, and it was an incredible service. All your communication was available from a single messaging app in one easy-to-use interface. Google also had tangible advantages over iMessage, thanks to wide cross-platform compatibility. Hangouts was on Android, iOS, the web, and inside Gmail. That meant the service natively worked on phones, watches, cars, tablets, web browsers, and even Google Glass at one point. Google would probably have a decent footing in messaging today if it just kept updating and investing in Hangouts.

But Hangout’s home was already falling apart in 2014. Amid complaints that Google+ was a “ghost town,” the knives came out for the service. Google+ SVP and driving force behind the project, Vic Gundotra, left Google, and that same day, reports came out that Google+ resources would be drastically cut, and the forced, Google-wide integration of G+ would end. Hangouts was stuck in a dying division, and while some projects like Google+ Photos managed to spin out into a stable landing spot, Hangouts did not, and by 2015, you would regularly see complaints from customers that the project was underfunded.

The other “problem” with Hangouts is that it was a strike against cell carriers. Combining SMS and an over-the-top messaging service into one app was something the carriers didn’t like. They wanted something focused on SMS—and only SMS—so users wouldn’t be tempted to not use a carrier product. Google caved and introduced the standalone Google Messages in the next Android release. Because of Google’s lack of organization and fortitude, Hangouts’ reign as Google’s top, all-in-one messaging service lasted just about a year. Hangouts has kept on trucking as the abandoned, zombie product that was still better than the plethora of new messaging services Google would release afterward, and today, it’s finally being put down.

Google’s terrifying realization that it lost the messaging war

Hangouts was the company’s best, most complete messaging service and served as an excellent alternative to iMessage, and none of the dozens of other messaging apps the company produced have come close. The saddest thing about Google’s shutdown of Hangouts is that only now, in 2022, is the company realizing that competing with iMessage is probably a good idea.

Inside iMessage, Apple shames Android users by displaying their messages in green bubbles instead of iMessage’s blue bubbles, and The Youths have apparently been following Apple’s lead and bullying people over their choice of phone. Google is now facing a reality where The Wall Street Journal publishes articles about how “Teens Dread the Green Text Bubble,” and pop star Drake is writing Billboard Top 100 songs about the inner workings of iMessage. The result of all of this is that a staggering 87 percent of US teenagers have iPhones now, all because Google didn’t view messaging as valuable.

Google created this future for itself through years of questionable management of its product portfolio. The company is slowly realizing how important messaging is, eight years too late, and is now launching the rather hopeless “Get the Message” campaign, which begs Apple to support the latest shiny messaging bauble that Google is temporarily interested in. That bauble is RCS, a minor upgrade to carrier-based SMS texting. It’s not clear how locking the next messaging platform into a carrier number would solve any of Google’s problems.

Apple has already said no to Google’s proposition. The company is not interested in propping up its main competitor and giving up an incredible market advantage that it built up while Google was seemingly not paying attention. Apple views iMessage as a reason to buy an iPhone and a reason to pressure your social circle into buying an iPhone, and the strategy is working incredibly well.

Google needs to develop a time machine if it wants to solve this problem. Then it can go back to 2015 and read a few Ars Technica articles, where we regularly told the company that letting Hangouts die would be a bad idea. Hangouts was Google’s only shot at beating iMessage, and as it lays Hangouts to rest, Google should also give up on any hope of winning the messaging war. The company now has to face the consequences of its actions.

Will those 87 percent of US teens be Apple users for life? Maybe! Google let this happen.