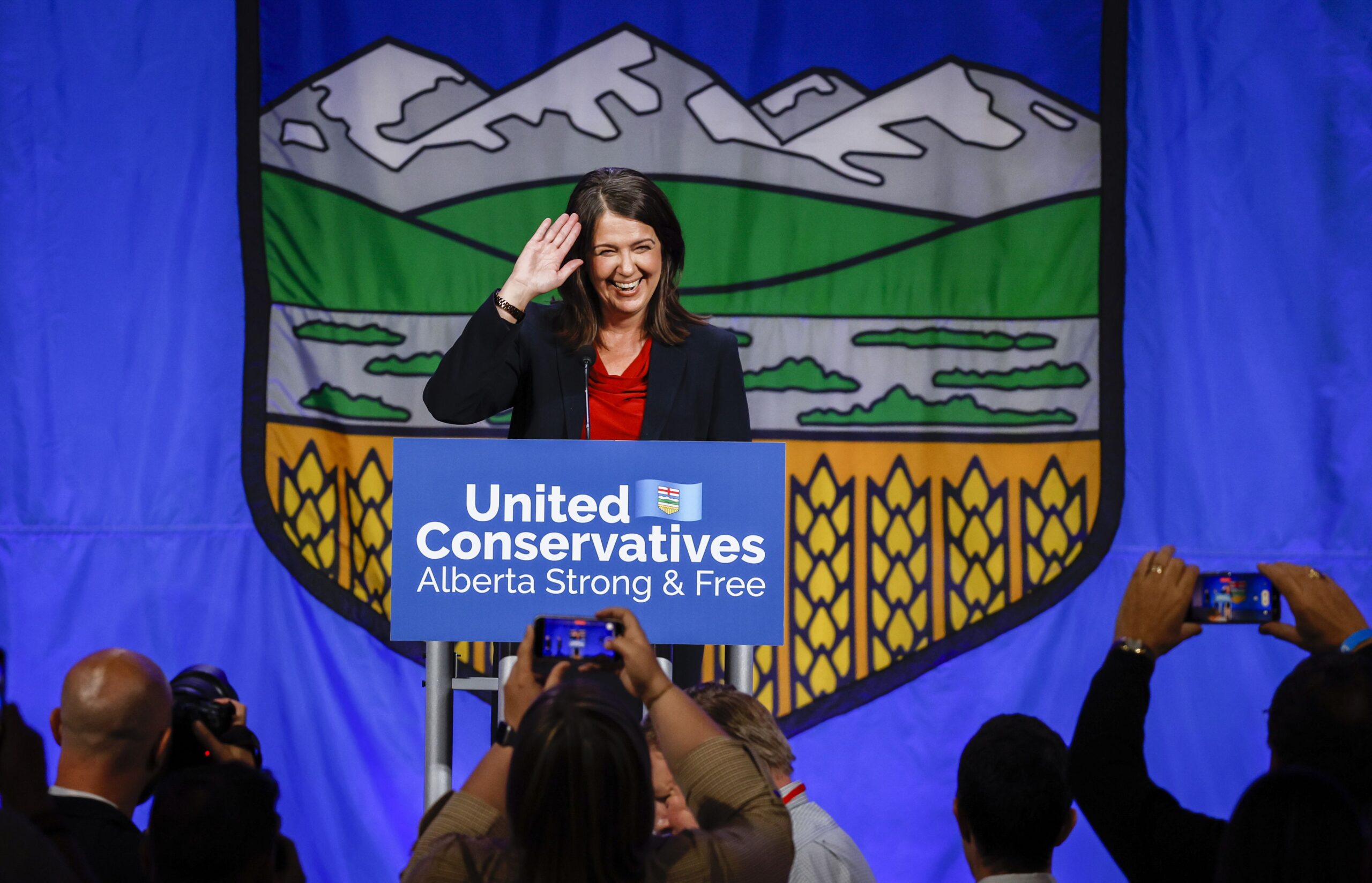 Danielle Smith, the incoming premier of Canada’s main oil-producing province Alberta, has set the stage for an antagonistic relationship with Prime Minister Justin Trudeau after winning her leadership race with plans to push back against federal laws.

Smith, 51, was chosen by members to lead Alberta’s ruling United Conservative Party (UCP) on Thursday, just seven months ahead of the next provincial election.

“Today marks a new beginning in the Alberta story,” Smith told UCP members after winning the leadership race. “No longer will Alberta ask permission from Ottawa to be prosperous and free. … We will not have our resources landlocked or our energy phased out of existence by a virtue-signalling prime minister.”

Trudeau tweeted his congratulations to Smith, who will be sworn into office on Tuesday.

Alberta, home to Canada’s vast oil sands and the world’s third-largest crude reserves, has long had a strained relationship with Trudeau’s government in Ottawa, stemming from a sense that the federal government’s climate polices are damaging its oil and gas industry.

Some of Canada’s top oil and gas companies, including Canadian Natural Resources Ltd (CNQ.TO), Suncor Energy (SU.TO) and Cenovus Energy (CVE.TO), are all headquartered in Calgary, the business capital of the province.

Smith campaigned on an “Alberta First” slogan designed to appeal to grassroots members on the right wing of the party and has promised to introduce the Alberta Sovereignty Act, which would allow the province to refuse to enforce specific federal laws it does not like.

Political commentators and legal experts said the act is unconstitutional and would likely be struck down in court, but could further sour relations between Ottawa and Alberta, while uncertainty about what the act will actually contain may spook the business community.

“On the business side you might get a bit of a drop in investment confidence until they see exactly what is going on,” said Lori Williams, a political science professor at Calgary’s Mount Royal University.

Williams said she expected Smith would be forced to modify the legislation by the UCP caucus, which could hurt her standing among the grassroots members who voted for her.

“The problem with Smith is that she has ramped up the anger and raised expectations, and the question is if they cannot be met, does that anger turn on her,” Williams said.

The Alberta Federation of Labour, the province’s largest worker advocacy organization, said in a statement that the incoming premier should focus on improving the life of Albertans rather than defying Ottawa.

“With due respect, the vast majority of working Albertans are not thinking about the Sovereignty Act,” said AFL President Gil McGowan. “They’re thinking about things like jobs, inflation, healthcare, and education.”

Smith has promised to mount another legal challenge to the federal government’s carbon tax, despite the Supreme Court of Canada ruling against a similar challenge brought by Alberta, Saskatchewan and Ontario in 2021.

She was also a vocal critic of public health restrictions during the COVID-19 pandemic and took aim at the federal government’s vaccine mandate policy in her victory speech.

“We will not be told what we must put in our bodies in order to work,” she said.

“Smith promotes her own ideas instead of letting society determine which ideas she should reject,” Taube wrote in the National Post newspaper on Thursday, adding she will be a boon for Canada and conservatism.