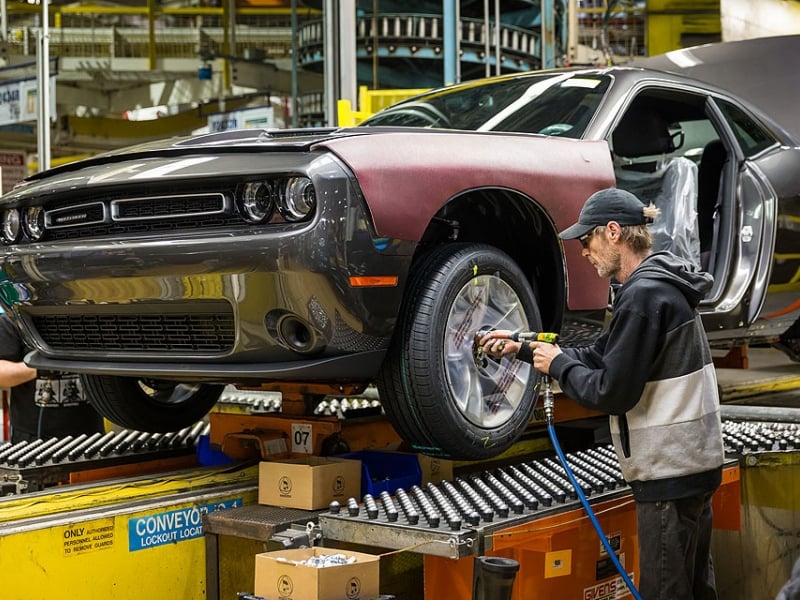 Canadian workers in the paint shops of two Ontario assembly plants owned by the maker of Chrysler and Dodge vehicles have ratified new three-year agreements that include wage increases, a new cost of living allowance and other benefits.

Members of the Team Industrial Paint Units of Unifor Local 195 and Local 1285 at Windsor and Brampton assembly plants ratified the contracts with 94% approval. The agreements include ratification bonuses of $3,000 for full-time employees and $1,500 for part-time workers, the COLA payment each year for all workers, a pension contribution increase and lump sum payments or wage increases in each year of the agreements that would bring pay for full-time workers to $35.82 per hour. Part-time worker pay also will increase to a maximum of $26.50 per hour, and employees hired after 2013 will be paid 85% of the full-time wage and when hired as full-time would move to the top pay rate.

“Unifor bargaining committees across many sectors of the economy are pushing hard for good deals and achieving them,” Unifor National President Lana Payne said in a statement. “We are very proud of the work the bargaining committees did to provide and coordinate the best possible outcome for this master bargaining agreement. They worked hard to deliver some unprecedented achievements to their Paint division members in the Stellantis facilities.”

The gains achieved could foreshadow the expectations of other Unifor and United Auto Workers members during next year’s negotiations with the Detroit Three. The critical talks will influence electric vehicle product allocation and how the companies will handle the transition of jobs to new technologies. But as automakers have reaped significant profits in recent years, workers also will be looking to get what they see as their fair share.

The industrial paint unit workers are responsible for performing deep cleaning for the paint division booths for Chrysler minivans and Dodge muscle cars. They will receive an additional $1 per hour to their pension contributions, and current maximum wage rate employees will have their pension contributions converted to 9% of their pay rate at the end of the three years. For retirees, the company now will cover the Ontario Drug Benefit Plan deductible of $100, and for employees with children, dependent scholarships will increase to $1,500.

The agreements also cover a major transition period for the plants that are slated to be updated as a part of a $2.8 billion investment in Stellantis’ Ontario operations. Both will be retooled for platforms that support all-electric vehicles. Work on Windsor Assembly Plant is slated to begin next year, followed by Brampton Assembly Plant in 2024.